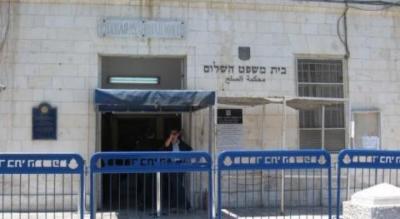 Addameer’s prisoner support and human rights association condemns the abuse of power by the Israeli Security agency (Shabak), which issued a statement with detailed information, to the Israeli media, about the case of a number of detained Palestinians. The case of those detainees is currently under a court gag order effective until 31 December 2019. This Gag order, which was renewed multiple times, has been granted based on the request of the Shabak and the Israeli police to the first instance court in Jerusalem.

In fact, the court have repeatedly used this order to prohibit lawyers from publishing information on this case to the public; to exposes the torture those detainees were subjected to and protect them. Moreover, the court has even used the order to prevent their families from attending their court sessions. Just Yesterday, the Israeli military prosecution, attempted to ban Karmel Al-Bargouthi’s family, another prisoner, from attending his court session, based on the same gag order.  Addameer is alarmed by the details that was published in the Israeli news outlets, especially since the Israeli military prosecution has not submitted a list of charges against a number of the detainees in question.

Addameer recalls that the Shabak issued a similar statement accusing Palestinian detainee Samer Arbeed of an alleged attack near Ramallah, following his transfer to the hospital, in September. This statement was published even before submitting a list of charges against Samer. This statement was an attempt to cover up the fact that Samer was severely tortured, in an attempt to kill him. Moreover, the Israeli media has reported that there has been another attempt to kill him, while he was in the intensive care unit at the hospital.

Addameer condemns including the name of the Palestinian Legislative Council Member, Khalida Jarrar in the published statement, for mere political motives. As affirmed by Khalida’s lawyer, the published information by the Shabak are in total contravention of the actual list of charges that was submitted by the military prosecution.

Addameer believes that the timing of this step by the Shabak, following the publication of Human Rights Watch Report “Civil Rights: Israel’s Use of Draconian Military Orders to Repress Palestinians in the West Bank”, is an attempt to distract both the media and the public from the findings of the mentioned report.  As it exposes how the occupying power have been using military orders and courts to justify depriving Palestinians of basic civil rights and  protections  for more than half a century based on its prolonged military occupation.