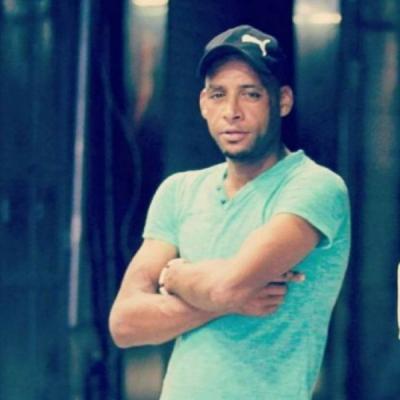 In the early hours of Thursday 22 February 2018, the Israeli occupation forces harshly beat, arrested, and, resultantly, killed 33-years-old Yaseen. His death came about due to the unreasonable use of force. Despite this being evident, the occupation authority communicated to Palestinian officials that he died as a result of cramps and chocking from gas used by the soldiers. A further investigation into his death was demanded by the Palestinian Authority.

Addameer and the Palestinian prisoner club see Yaseen’s death as a continuation of the Israeli policy of the extrajudicial killing of Palestinians. Israeli occupation forces routinely use excessive force in an unnecessary and disproportionate manner, which is in violation of international law. International humanitarian law prevents the usage of excessive force against protected persons who do not form direct and actual threat.

An extrajudicial killing is an “unlawful and deliberate killing carried out by order of a state actor or with the state’s complicity or acquiescence.”[1] Accordingly, lethal force can only be used as a measure of last resort, and it must always be proportional and necessary. The usage of firearms against a person can only be only used under imminent threat of death or serious injury. Shooting to kill is only allowed in order to save a life. This requirement would make the use of lethal force proportional and, only if there are no other means to prevent the threat to life, would also make the lethal force necessary.[2]

The events surround the death of Yaseen was thus a violation of international law as his killing was both unnecessary and disproportionate. It was clear that he did not form a serious and direct threat to the several soldiers who came to arrest him.

Addameer and the Palestinian Prisoners Club call on the UN human rights bodies to investigate the unlawful killing of Yaseen Saradeeh. Additionally, the organizations call for an investigation of the conditions and treatment of all Palestinian prisoners in Israeli detention centers, who suffer from a systematic violation of their basic rights.

Addameer and the Palestinian Prisoner Club call on all international organizations, especially the ICRC, to act respond in a way in which seeks accountability from the occupation authorities. Both organizations also call for the unity of all Palestinian human rights organizations in working together to hold Israel accountable for its crimes.

The number of Palestinian prisoners who were killed since 1967 has increased to 213. This figure includes 75 intentional killings, 7 killed from gunshot wounds in prison, 59 died in prisons as a result of medical negligence, and 72 as a result of torture.

Additionally, 110 Palestinian have died in Israeli prisons since 3 October 1991, which was the date of Israel’s ratification to the Convention Against Torture. Among those, 55 prisoners were killed intentionally and directly after arrest, 32 were killed as a result of medical negligence, 23 died  during interrogations from torture. The last prisoner to die in jail was Muhammad Jallad, who was killed on 2 October 2012 after he was shot and arrested.

[2] Basic Principles on the Use of Force and Firearms by Law Enforcement Officials, Eighth UN Congress on Prevention of Crime and Treatment of Offenders, Havana, Cuba, 27 August- 27 September 1990, General Provision No. 9.