“A bargaining chip in negotiations over prisoner exchange”

Date of birth: 20 July 1964
Place of residence: Bethlehem, Za’atara
Occupation: Member of the Palestinian Legislative Council, Change and Reform bloc
Date of arrest: 19 March 2009
Place of detention: Ofer
Number of arrests: Arrested three times since 2002, held twice in administrative detention; spent nearly five years in prison.
File number: 1424/09
Postal address: Ofer Prison, Givat Zeev, P.O. Box 3007, via Israel
Administrative Detention
“I read the confidential material attached. Out of fear for the safety of the source of information and Shin Bet’s work methods I cannot disclose any confidential information known to me” – Military Judge, Judicial Review, 1 April 2009 PLC member Khaled Tafish was arrested in the morning of 19 March 2009 in a raid carried out by the Israeli Occupying Forces across West Bank towns, merely a few hours after the collapse of Egyptian-mediated prisoner exchange talks between the Israeli government and Hamas. Nine other political leaders, including 3 PLC members – all of which are members of the Change and Reform bloc – were arrested that same night. Following his arrest, Mr. Tafish was transferred to Etzyon detention centre, in the south of the West Bank, where he was subjected to two weeks of interrogation related to political activities. On 31 March 2009, an administrative detention order was issued against him. Mr. Tafish’s administrative detention was confirmed at the judicial review of the order on 1 April 2009 for a six month period starting from the moment of his arrest. His potential release is thus expected on 18 September 2009. The military judge justified the court’s decision by stating that as an active member of Hamas, Mr. Tafish “poses a real danger” to the “security of the region and its people”. The date of the appeal remains to be set.
The other PLC members simultaneously arrested with Mr. Tafish include Ayman Daraghmeh from Jenin, Azzam Salhab and Nizar Ramadan from Hebron. Addameer argues that their detention is politically motivated and is aimed at pressuring the Hamas leadership in Gaza to release Corporal Gilad Shalit.
Mr. Tafish was arrested twice before his latest imprisonment. First, he was arrested on 29 April 2002 during the Israeli invasion of Bethlehem. He was subsequently subjected to 70 days of harsh interrogation in the Moskobiyya (Russian compound) interrogation center, located in West Jerusalem. He was then sentenced to 4 and a half years of imprisonment which he had spent in between Ashkelon, Nafha and Ketziot (Negev) prisons. He run for the 2006 parliamentary elections, as a Reform and Change candidate and was elected to the Palestinian Legislative Council on 25 January 2006 from behind prison bars. His second arrest occurred on 11 November 2007. Subsequently, he was placed under administrative detention for a 6 month-period, reduced in an appeal hearing to 4 months. Mr. Tafish was then released on 17 March 2008.
Professional Life
With nearly one third of Palestinian legislators in Israeli detention and a geographic division between the West Bank and Gaza Strip, the Palestinian Legislative Council has not been able to reconvene since mid-2007. Therefore, Mr. Tafish concentrated most of his efforts as PLC member on community and social development work. Through his office in Bethlehem he was addressing individual complaints and grievances by providing advice and information on governmental services and by liaising with different ministries on behalf of individual constituents. Today, due to his imprisonment, most of the office’s work is suspended as it requires his approval and follow-up.
Before he was elected to the PLC, Mr. Tafish was working as Imam of the mosque in Bethlehem. Mr. Tafish holds a BA degree in Shari’a Law from Al Quds University.
The Family
The Tafish family consists of 6 children. The eldest, Duha, is a first year pharmacology student at Al Quds University, whereas the youngest is in the second grade only. Mr. Tafish’s wife, Umm Mus’ab says that the absence of her husband from home is very painful and has detrimental effect on the children in particular, despite the family’s previous experience of coping with his imprisonment. “The role of the father is always very important” – she says “his absence only adds to my responsibilities making me the mother and the father at the same time”. She is afraid that her husband’s arrest will affect the children’s results in school, especially Mus’ab who is supposed to take his final high school exam (Tawjihi) at the end of the year: “This is a very sensitive and important period for the future of one’s education” – she adds. “Now is the time when he is in particular need of his father at his side” – she adds.
Before his arrest, Mr. Tafish started building a new house for his family; however the construction was not fully completed. Previous engagements and obligations are now left without follow-up. A month after Mr. Tafish’s arrest, the family was still unable to get a permit to visit him in prison. They have submitted a request through the International Committee of the Red Cross and are now awaiting a reply. From past experiences however, Umm Mus’ab has always been denied the permit, usually for so-called “security reasons” and would only get the right to visit her husband once or twice a year. Sometimes, the Israeli authorities would refuse her the permit claiming that there are no family ties between her and her husband. The children were always taking turns to visit their father as the prison administration only allows three minors at the same time. In addition to humiliation and fear, the trip would also mean missing an entire school day. Mr. Tafish’s family describes him as an educated and well-read person. His personal library counts more than 1000 books on religion, history and literature. On a personal level, he is a quiet, but social person, with a huge interest in social issues and genuine willingness to help others – they say.
Interests: literature, religion, history, linguistics and poetry
*At the time of writing this profile on 19 April 2009, the date has not been announced yet.
Click here to download a PDF to print (~0.3 mB) 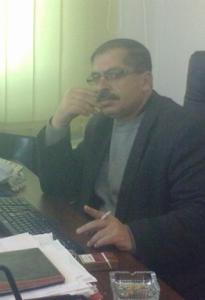 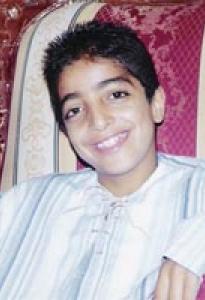