Profession: Trainer and performer at the Palestinian Circus School

Mohammad Abu Sakha was arrested on 14/12/2015 at around 4:00 pm while he was crossing Zaatara military checkpoint near Nablus to go to his work in Birzeit village near Ramallah. The bus that Mohammad was riding was stopped by the IOF and the soldiers started checking the IDs of the passengers. After identifying Mohammad, they asked him to step outside the vehicle pointing their weapons at him threatening that they would shoot him if he tries to move.

He was searched in the surveillance room near the checkpoint. He was left in the open air in the cold for three hours and a half before being blindfolded then taken to Huwara military base near Nablus. He stayed in the military base for 7 days. During that time, he was taken to Salem Court where his detention period was extended for 6 more days.

This is the second arrest of Abu Sakha. He was arrested 6 years ago when he was 17 years old for allegedly throwing stones. He received a one-month sentence and a 5000 NIS fine.

The military prosecution claims that Abu Sakha is active in an illegal organization according to the occupation military orders. They also claimed that he has military activities without specifying the details of these activities, in addition to claiming that he is affiliated with other detainees without identifying the names of these detainees. A six-month administrative detention order was issued against Mohammad starting from 25/12/2015 and ending on 13/6/2016. However, the Administrative detention of Palestinian circus trainer and performer Mohammad Abu Sakha has been renewed for an additional 6 months, from 13 June 2016 to 12 December 2016. Administrative detention orders may be renewed indefinitely.

The military judge at Ofer military court confirmed the first administrative detention order on 5/1/2016 without having adequate evidence or clear information, or even investigating the accuracy of the information that was filed against him by the military prosecution. The judge claimed that Abu Sakha poses a serious threat and that the general conditions in the area require keeping him in detention.

According to Abu Sakha’s testimony that he stated to Addameer lawyer who visited him in Megiddo on 18/1/2016, in the beginning, he was interrogated by the occupation police in Salem military base where they accused him of general acts without specifying any details. Abu Sakha denied all of the accusations and refused to sign any papers. This clearly shows that the occupation did not have enough information to incriminate Mohammad and all of the accusation were general and lacked a legal base. Mohammad was denied his most basic rights including knowing the charges that he was accused of in order to be able to defend himself.

The fact that the military prosecution and judge were content with the general accusations without reviewing their accuracy or the details of the claimed military actions, proves the complicity of the military judicial system with the intelligence forces. It also exemplifies the ways in which the occupation forces use the policy of administrative detention when they fail to obtain proper evidence against Palestinians. This confirms that the detainees do not actually pose any kind of threat and that the secret information is not serious.

This is a grave violation of international laws and standards, especially articles 78 and 72 of the Fourth Geneva Convention which state that an accused individual has the right to defend himself. This also violates article 66 of the Fourth Geneva Convention and the basic standards of fair trial. The judge’s statement regarding keeping Mohammad detained because of the general situation in the area stresses the fact that the occupation authorities use the policy of administrative detention and detention in general as collective punishment against Palestinians.

Trainer and Performer at the Palestinian Circus School 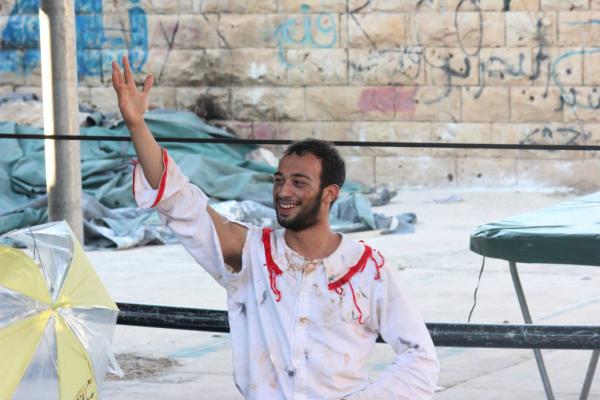 Abu Sakha works as a trainer and performer at the Palestinian Circus School since 2007. He was a school student at the time. He became a performer and a trainer in the circus in 2011. He participated in many performances in Europe and the United States. He also participates in many tours in Palestine. He was supposed to participate in trainings outside Palestine in March and June 2016.

Abu Sakha also works as a trainer and a coordinator of a program for people with mental disabilities in the circus, which is a major humanitarian step to integrate and rehabilitate this group in the society. Abu Sakha has been responsible for training 30 of them for two and half years now. This program has been on hold since the day of his arrest. Abu Sakha has always aspired to help the people enrolled in this program to become circus performers. 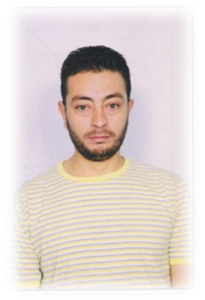