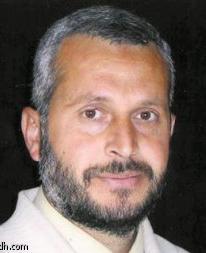 On 1  January 2018, at 1:30 pm a member of the Palestinian Legislative Council, Nasser Abdel Jawad, was arrested from his house in Deir Balut in Salfit. Israeli occupation forces broke into his house and waked him up. During the arrest, soldiers searched the entire house and confiscated some of his belongings including a computer, a mobile phone, some documents, and a collection of books. Then soldiers blindfolded and handcuffed him with plastic shackles he was then placed in a large military vehicle. At the middle of the road, the Israeli army cut off the plastic shackles and replaced them with iron handcuffs, changing the position of the hands to the back and transferred him to another military vehicle. Nasser had no idea to where he was taken.

Nasser Abdel-Jawad spent a total of 15 years in Israeli jails and was arrested when he returned to Palestine after a five-year absence in Malaysia. He received his second PhD in Islamic law. His first PhD was obtained in prison, Nasser also published a book about the prisoners under the title "The prisoners are their rights - their duties - and their judgments."

During the first week of interrogations, the questioning was focused on his position as a PLC member under the list of "Change and Reform" and they also focused on what he did while he was abroad. As Nasser reported to Addameer’s lawyers, interrogators used stress positions with him, they also used to give one hour a day to eat and pray. Moreover, interrogation sessions used to last from 9:00 am to 7:00 pm, the main interrogator’s name is Daniel, and sometimes comes another two interrogators join the session, Lewis and Pablo.

Nasser Adel-jawad suffered from various forms of physical and psychological torture during the two months of interrogation. As a result, his health deteriorated which caused him to faint constantly, it happened three times in the first week. Eventually, the interrogation stopped after the doctor’s recommendations because of Nasser’s heart problems.

He was deprived of sleep constantly for 20 days. Every three days he was interrogated intensively day and night. If he was not in interrogation sessions he would be in a cell near the main door of the interrogation room. He used to hear the doors shut and opened firmly making so much noise and depriving him of sleep.

He was then brought back to the al-Jalameh interrogation center. There they used lies detector machine twice with him, causing him problems with his pressure level, nerves,  and he also fainted multiple times. After he was transferred to the clinic the detainee explained to them that he lost consciousness because of anxiety and psychological pressure but instead of taking that into consideration they took him back to interrogations. After all of this pressure, Nasser was forced to confess and sign on confessions paper under continuous torture.

The investigation officer said that the detainee spent 350 hours under stress positions during a total of 45 days. The interrogator kept screaming and cursing him, especially at night, causing him headaches and depriving him of sleep. The interrogations also humiliated and insulted him and his family and they spat on his face. They threatened to target his family and to harm them, they also threatened to confiscate their money and house.

After 45 days of interrogation, the detainee felt a pain in his chest while being in a stress position. The detainee pointed that he needed to go to the clinic to make heart-scan and medical check-ups. Thus, the doctor refused to give an approval on continuing the interrogations because of his health problems. He was taken to the cell and given some medications with two glasses of water. Nasser refused to drink water but after 3 hours of getting examined his condition improved.

The right to be free from torture is a fundamental and non-derogable right, guaranteed to all human beings, regardless of detention status. As a state-party to the most essential conventions and treaties protecting this right, including the Universal Declaration of Human Rights, the International Covenant on Civil and Political Rights and especially, the United Nations Convention Against Torture, Israel is under an unquestionable international legal obligation to ensure that all prisoners are free from torture, and cruel, inhuman and degrading treatment or punishment. Furthermore, under IHL torture is considered a war crime and can amount to a crime against humanity if it is widespread and implemented systematically.

Addameer therefore strongly urges the international community, particularly including the United Nations and relevant bodies and agencies, as well as all UN Member States to take note of these appalling practices and:

·         Immediately intervene with  Israeli and Palestinian authorities and pressure both to adhere to their international legal obligations.

·         Support the creation of independent monitoring and investigation of all cases of torture and ill-treatment by Israeli; and

·         Follow individual cases of torture and ill-treatment against Palestinian prisoners and detainees and raise these cases with the relevant authorities.