Name: Waheed Hamdi Zameed Abu Maria
Date of Birth: 21 August 1967
Residence: Beit Ummar – Khalil/Hebron
Marital Status: Married with four children
Occupation: Farmer
Date of Arrest: 30 October 2012
Prison: Sarafand Hospital
Legal Status: Administrative detainee (AD)
Number of Renewals: 5 (Order expires March 2014)
Arrest
On October 30th, 2012 at 2:00AM, Waheed’s family woke up to the sound of loudspeakers calling for their father’s surrender. After an hour, the IOF instructed all of the family members to exit the building, leaving Waheed inside. To the family’s horror, the IOF launched sound grenade bombs and fired live ammunition in the direction of the home, and used a remote device to blow up their front door. Shortly after, the IOF bulldozed part of the house.
After causing significant damage to the home, a large number of IOF forces entered the house and tried to physically remove Waheed from the premises. The raid in its entirety lasted for three hours, until Waheed was arrested and immediately taken to Ofer Military Prison and given an administrative detention order for six months.
Legal Status and Hunger Strike
Waheed’s administrative detention has been extended five times since his arrest in 2012. His first order was for a period of six months, the second for four months, and the third, fourth and fifth for three months each. His most recent administrative detention expires in March 2014.
Waheed announced an open hunger strike on 9 January 2014, in response to the fifth extension of his arrest. In addition, he is demanding to be transferred from Hadarim prison, where he is being held in “mass confinement.”
Previous arrests
Arrests by the Israeli Occupation Forces
This is Waheed’s fourth arrest by the Occupation. He was first arrested in 1988 during the first Intifada and sentenced to ten years of imprisonment. Just eighteen days after this arrest, the IOF demolished his parent’s home. After his release in 1998, he was re-arrested in 2003 and detained for four more years. Very shortly after his release in 2007, he was again re-arrested and detained for almost two years in administrative detention.
Arrest by the Palestinian Authority
Months before his most recent arrest by the IOF, the Palestinian Authority Preventive Security Forces detained Waheed for two months under the pretext of his political affiliation. He went on hunger strike for 45 days until a court ruled to release him.
Health status
Since the start of his hunger strike, Waheed has been transferred to Sarafand Hospital. According to his lawyer, his most current health status in detention is unknown. Waheed suffers from several ailments due to his constant detention, the most significant being a nerve disease that requires medication, and severely weakened eyesight.
Family
Waheed is the father of four children;Hamza (24 years old), Raneen (16 years old), Mohammad (14 years old) and Khattam (12 years old). Since his detention, the family has only been allowed to visit him a single time. Even so, only his wife and children younger than 16 years old were granted permission.
The message from the family is that “they are patiently waiting, yet fear for the health of the prisoners and call for all human rights organization to intervene to stop this tragedy.”
ACT NOW!
*Write to the Israeli government, military and legal authorities and demand that Waheed Abu Maria be released immediately.
•           Brigadier General Danny Efroni
Military Judge Advocate General
6 David Elazar Street
Harkiya, Tel Aviv
Israel
Fax: +972 3 608 0366; +972 3 569 4526
Email: [email protected]; [email protected]
•           Maj. Gen. NitzanAlon
OC Central Command Nehemia Base, Central Command
NevehYaacov, Jerusalem
Fax: +972 2 530 5741
•           Deputy Prime Minister and Minister of Defense Ehud Barak
Ministry of Defense
37 Kaplan Street, Hakirya
Tel Aviv 61909, Israel
Fax: +972 3 691 6940 / 696 2757
•           Col. Eli Bar On
Legal Advisor of Judea and Samaria PO Box 5
Beth El 90631
Fax: +972 2 9977326
*Write to your own elected representatives urging them to pressure Israel to release Waheed Abu Maria and to put an end to such an unjust, arbitrary and cruel system of incarceration without trial. 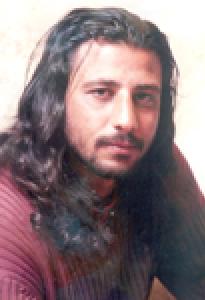 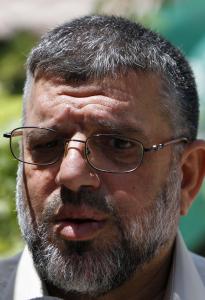