Although according to international law and Israeli courts no one can be detained for their political opinions, in practice Palestinian political leaders are routinely arrested and detained as part of an ongoing Israeli effort to suppress Palestinian political processes – and, as a result, Palestinian political sovereignty and self-determination. In the lead-up to the Palestinian legislative elections of January 2006, this process focused particularly on members of the Palestinian Legislative Council (PLC). After the election, Israel further escalated its campaign of arrest of PLC members, particularly those from the winning Change and Reform bloc, largely seen to be pro-Hamas but which includes non-affiliated (and non-Muslim) members. This targeting of PLC members comes despite the fact that Israel did not oppose the participation of the Change and Reform bloc or any other list in the 2006 elections and only declared the bloc illegal in February 2007, one year after the elections were held and most of the arrests carried out. 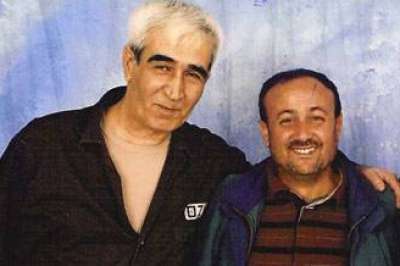 Israeli forces arrested the deputy in the Palestinian Legislative Council and Fatah leader Marwan Barghouti on the 15 April 2002. Barghouti insisted during his trial that the Israeli court is illegitimate and illegal, and therefore refused to hire a lawyer to defend him. As a result, he was sentenced to five life sentences and 40 years. Israeli occupation also arrested the Secretary-General of the Popular Front for the Liberation of Palestine and the deputy in the Palestinian Legislative Council, Ahmed Saadat, on the 14 March 2006, after Israeli occupation forces broke into Jericho prison, which belongs to the Palestinian Authority and sentenced him to 30 years imprisonment two years after his arrest. In March 2008, Saadat was issued an isolation order for six months, which was subsequently extended repeatedly resulting in him being kept in isolation for three years. Sadaat was moved out of solitary confinement after an open hunger strike launched by Palestinian prisoners and detainees in April 2012.

The lead-up to the elections

On 26 September 2005, the Israeli Occupation Forces (IOF) launched their campaign of arrest against PLC members, detaining 450 members of the Hamas party mostly involved in the 2006 PLC elections, either through active campaigning or who were taking part in the municipal elections in various West Bank cities. The majority of those detained were kept in administrative detention for different periods. Some were released on the day of the election or a couple of days before or after it. Some of them were elected while in prison, such as Wael Husseini – a Jerusalemite from the 'Change and Reform Party’, who was eventually released after his party's victory and was able to work until the 29th of June 2007.

During the elections, the Israeli authorities banned the candidates from holding election campaigns inside Jerusalem. Rallies and public meetings were prohibited and those who violated the order were arrested. On 3 January 2006 for example, Dr. Mustafa Barghouthi, head of the Independent Palestine coalition list, was arrested in East Jerusalem while on a tour of the Old City as part of the legislative election campaign.
On the day of the election, the ballot boxes were held in Israeli Post Offices inside Jerusalem. Israeli police officers were present to monitor the proceedings of the election. At the end of the day, the Israeli authorities transferred the ballot boxes to the Palestinian Authority.

At the beginning of June 2006, Palestinian militant groups captured Israeli soldier Corporal Gilad Shalit as a hostage at the Kerem Shalom crossing in the Gaza Strip. After Shalit’s capture, on 12 June, Israel launched a series of military operations which left almost 200 Gaza residents dead and the territory besieged. Reprisals and collective punishment against civilians after the Kerem Shalom operation included the West Bank as well. The Israeli government announced after the operation that Palestinian members of parliament and cabinet ministers have no immunity. Israel threatened to detain them as a bargaining chip to win the release of the Israeli soldier imprisoned in the Gaza Strip.
In fulfillment of these threats, the IOF conducted wide-scale detention operations against scores of Hamas supporters, including cabinet ministers and members of the PLC elected on the platform of the pro-Hamas "Change and Reform List." On 29 June 2006, the IOF conducted a series of incursions throughout the West Bank, with the exception of Jericho, surrounding the places of residence of a number of Palestinian government ministers and PLC members. The IOF detained 8 ministers and 26 PLC members, in addition to many other political leaders of Hamas. A few days later, the IOF detained the second deputy speaker of the PLC, Dr. Hasan Khreisha, as he was returning to the West Bank from Jordan, along with other PLC members
All of the detained were brought to Ofer and interrogated. They were kept in prison for 1-2 months in different interrogation centers across the West Bank. After interrogation, charge sheets were submitted against most of the detained PLC members. The majority of them were accused of being a member of the 'Change and Reform Party’ (which the Israeli authorities argued was affiliated to Hamas and was illegal according to the military orders). The rationale behind the second accusation was that since the candidates were working as PLC members in the name of the party they were thus supporting and giving aid to the party.

Change and Reform’s association with 'an illegal party’

The offenses regarding an unauthorized association are specified in the Emergency Defense Regulations that Israel has applied since the founding the state and which date from Mandatory times. Israeli law recognizes the extraterritorial application of these offenses given their definition as external offenses against the security of the state and its citizens. According to the interpretation of the relevant provision, anyone holding a position in an association that Israel classifies as illegal, and anyone who is active in such an association, even a person who is only registered as a member and lives anywhere in the world, is an offender against whom criminal proceedings may be initiated in Israel. This provision applies even if the defendant has not committed any other act that endangered the state or its citizens. Such an interpretation is unjustly broad, and unacceptably obstructs the freedom of association and freedom of conscience. (1)
In the pre-trial, the first instance court decided to release the candidates on bail. The Military Prosecutor appealed and the appeal court upheld the decision of the prosecutor to hold the candidates in prison until the end of the trial. When the trial commenced – the first argument for the defense was that the Israeli authorities were unable to provide evidence to prove that every PLC member who belongs to the 'Change and Reform Party’ should automatically be considered a Hamas member. On the contrary, Adv. Sahar Francis argued that many members of this party were not members of Hamas; some members were even Christian.
PLC member, Wael Husseini, for example, stated that he was a member of the 'Change and Reform Party’; however, he was in no way affiliated to Hamas. He even argued that if he had known it was affiliated to Hamas he would not have run for election at all. The Military Court in the first instance decided to accept Wael’s argument and he was found innocent. However, the military prosecutor accused Wael that because he was aware that some of the members in the Change and Reform Party belonged to Hamas and he accepted to run with them, it meant that in the end, he did in fact, support an illegal party. In the end, the military court sentenced Wael to 23 months imprisonment and a fine of 8,000 NIS ($1,500). Since Wael had already spent 23 months in prison, the defense lawyer argued for his release. The military prosecutor, however, appealed and requested the court to keep Wael until the end of the appeal. The appeal court upheld the decision and found that anyone who was a member of the change and reform party was automatically a member of Hamas. Wael’s sentence was thus sentenced to an additional to 3-5 years in prison with 1 and a half years suspended sentence to 5 years from his release.
Indictments were filed against the other senior officials. Approximately 40 of the PLC members were charged. Most of the indictments were for "membership," "activity," and "holding a position" in an "unauthorized association.” Most members were sentenced to between 32 and 54 months, but since their release, at least, 10 have been re-arrested and detained.

(Statistics are based on Addameer's documentation)

Currently, (12) deputies of the Legislative Council are inside the Israeli occupation prisons, (9) of them are in administrative detention, their names are: 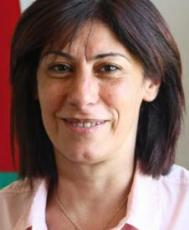 On 12 July 2017, a six-month administrative detention order, signed by the occupation's military commander of the West Bank, was issued against Jarrar. A confirmation hearing was held at Ofer military court on 17 July 2017, without the presence of Ms. Jarrar, who refused to attend the court hearing. The military prosecution claimed that Jarrar's administrative detention is based on secret information related to her alleged affiliation with the Popular Front for the Liberation of Palestine (PFLP). This claim was made without taking into consideration the fact that Ms. Jarrar is an elected Palestinian parliamentarian and a prominent human rights defender, who advocates for the rights of Palestinian political prisoners within Israeli prisons.

PLC member Khalida Jarrar was subjected to many obstacles imposed by the occupation forces, she was released from prison in June 2016 after serving over a year, including one-month under administrative detention. Jarrar has been banned from traveling outside of the occupied Palestinian territory since 1998, except for one occasion in 2010 when she traveled to Jordan for medical treatment after long procedures and diplomatic pressure.

PLC member Khalida Jarrar was subjected to many obstacles imposed by the occupation forces, she was released from prison in June 2016 after serving over a year, including one-month under administrative detention. Jarrar has been banned from traveling outside of the occupied Palestinian territory since 1998, except for one occasion in 2010 when she traveled to Jordan for medical treatment after long procedures and diplomatic pressure.