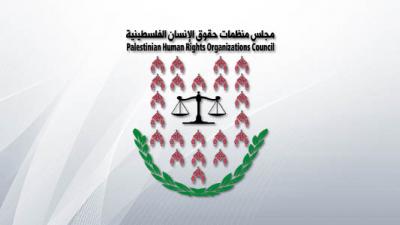 The Palestinian Human Rights Organizations Council (PHROC) condemn Israel’s deliberate denial of entry to Professor Michael Lynk, the United Nations Special Rapporteur (UNSR) on the situation of human rights in the Occupied Palestinian Territory (OPT) since 1967. Israel has denied UNSR Lynk entry to the OPT to carry out his mission between 8-12 July, 2019.

Israel has continuously denied Mr. Lynk access to the OPT since his appointment in 2016, in a clear attempt to frustrate and impede his role as mandated by the UN Human Rights Council to “investigate Israel's violations of the principles and bases of international law” in the OPT. As a result, the Special Rapporteur (SR) has been unable to directly monitor the human rights situation on the ground in the OPT. The denied entry, follows a pattern of non-cooperation from Israel regarding the Special Rapporteur’s mandate, an issue that both of his predecessors had also encountered. In light of Israel’s consistent dismissal of its fundamental duties under the Charter of the United Nations, Mr. Lynk will once again be forced to conduct his annual regional investigation between the 8th and 12th of July 2019 from Amman, Jordan where he will endeavour to carry out his mandate to the fullest extent possible.

Over the past three years, Mr. Lynk has worked distinctly from the OHCHR Country Office with the aim of investigating and documenting Israel’s alleged violations of international law and international humanitarian law, including the Fourth Geneva Convention, in the OPT. In order to achieve this in the most effective way possible, it is necessary for the Special Rapporteur to undertake regular missions or visits to the OPT to ensure that the annual report he is tasked with presenting to the Human Rights Council is accurate and authentic. However, Israel’s persistent refusal to allow him to enter the OPT means that Mr. Lynk has no choice but to rely on communications from civil society organisations and on statements from people present in the OPT, such as witnesses, victims, Palestinian government officials, and other UN representatives. The SR has repeatedly expressed his disappointment at Israel’s refusal to engage in an open dialogue, which he believes is crucial to ensure the protection and promotion of human rights.[1]

Israel has denied Mr. Lynk access to the OPT since his appointment three years ago, epitomising Israel’s blatant disregard for its obligations as United Nations Member State to comply with the mechanisms and committees of the United Nations. Israel’s strategy of non-cooperation has been continuously condemned by the international community and branded as an obstacle to the peace process.[2]During Mr. Lynk’s mission to Amman, Jordan in June 2018, he described the human rights situation in the OPT as the ‘bleakest period yet’, with particular emphasis being placed on the accelerating advancement of the Israeli annexation project in the West Bank and the deteriorating state of the Gaza strip.

PHROC considers that Israel’s policy of non-compliance and non-cooperation is having detrimental effects on the implementation and protection of human rights in the OPT. It is therefore critical for the SR to be granted official access at this time in order to fulfil his duties mandated by the UN Human Rights Council and to conclusively communicate to the Council, pressing human rights issues in the OPT. The aim is not only to prevent further deterioration of the human rights situation in the OPT, but to ensure overall improvement.

In light of these concerns, PHROC calls on the international community, particularly UN member states to take measures to ensure Israel’s compliance with UN procedures and mechanisms as a member state, and particularly with regards to the special procedures of the UN, and access for SRs, most crucially the SR on the OPT, Mr. Michael Lynk.