From 4 to 7 July 2022, Addameer Prisoner Support and Human Rights Association took part in the United Nations Special Committee to Investigate Israeli Practices Affecting the Human Rights of the Palestinian People and Other Arabs of the Occupied Territories as it conducted its annual mission in Amman, Jordan. During the four-day mission, the Special Committee met with high-level Palestinian government officials, UN organizations, and representatives of civil society organizations in order to examine the human rights situation in the occupied Syrian Golan and the occupied Palestinian territories.

The Committee was first established in December 1968 and is composed of three Member States: Malaysia, Senegal, and Sri Lanka. It is crucial to note that the Special Committee mission took place in Jordan as Israel did not respond to its request for consultations with Israeli authorities or for access to Israel, the occupied Palestinian territory, and the occupied Syrian Golan. Israel’s persistent refusal to engage with the UN mechanisms mirrors a lack of accountability for Israeli conduct in the occupied Palestinian territory.

In its oral briefing presented to the Special Committee, Addameer specifically highlighted the means by which the Israeli occupation and apartheid regime violates international law and utilizes practices of administrative detention, arbitrary arrests, medical neglect and torture in Israeli occupation prisons, and the ​​criminalization of human rights defenders and civil society organizations as tactics to maintain the subjugation and oppression of the Palestinian people.

In particular, Addameer spoke to the recent passing of political prisoner Sa’deyeh Farjallah inside Damon Israeli occupation prison after suffering from the Israeli Prison Services’ systematic and deliberate policy of medical neglect; the increased deployment of administrative detention as an arbitrary, coercive, and punitive measure between January and May of 2022 as compared to the same period in 2021; the apartheid-based practices of the Israeli judicial system, resulting in the creation of two separate, racist legal systems governing Jews and Palestinians—including those holding Israeli nationality; the extreme torture enacted against Palestinians by Israeli forces, with a focus on the case of Samer Arbeed; and the continued and systematic targeting of Palestinian youth, students, and journalists as part of Israel's protracted campaign to criminalize and infringe upon Palestinians' rights to freedom of association and freedom of expression.

Post its convening, the Special Committee released an End-of-Mission Statement on 15 July 2022 detailing the myriad oppressive practices enacted by the Israeli occupation and apartheid regime against the Palestinian people between the time period of 1 June 2021 and 31 May 2022. The Committee noted issues such as increasing settler violence and Israeli security force violence against Palestinians—covering, for instance, the 46% rise in killings of Palestinians by Israeli forces in the West Bank in the first half of 2022 as compared to the first half of 2021; the continued use of discriminatory planning, zoning laws, and military orders to justify aggressive expropriation of land for the purposes of expanding illegal Israeli settlements and military training areas; the man-made humanitarian catastrophe created and maintained in the Gaza Strip by Israel; the widespread practice of administrative detention, and the nearly total lack of accountability that Israel settlers and security forces face in their routine acts of killings, torture, ill-treatment or violence committed against Palestinians.

The committee acknowledged that such gross violations of Palestinian human rights, including the right to self-determination, are the result of discriminatory and systematic policies and practices negatively impacting almost every aspect of Palestinian life—explicitly naming that such policies and practices can be considered as apartheid. Furthermore, in retaliation against its crucial work detailing the human rights violations enacted by Israel against Palestinians, Addameer and five other civil society organizations remain criminalized and designated as “terrorists” by the Israeli Ministry of Defense as a means to suppress information against and invisiblize the regime’s oppressive practices.

In its concluding remarks, the Special Committee noted the mounting evidence of Israel’s discriminatory and inhumane laws, policies, and practices it received that violate Palestinians’ human dignity in every sense—the essence of human rights to which all Palestinians are entitled. The Special Committee urges Member States to take principled steps toward ensuring that Israel’s occupation ends and Palestinians’ right of self-determination is realized. The Committee will present its next report to the General Assembly in October 2022. 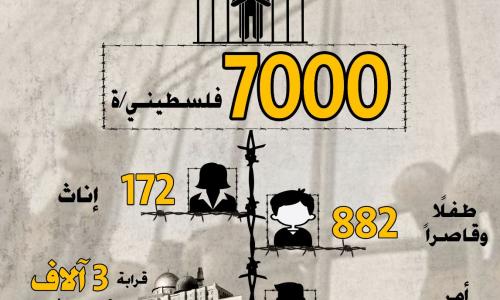