Al Moscabiyeh: Torture in the Heart of Jerusalem 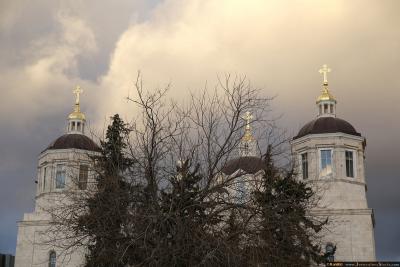 Throughout the period of 2015 to 2017, Addameer collected testimonies from 138 individuals who were held under interrogation in Al Moscobiyeh interrogation centre in the Russian Compound of Jerusalem. These findings were turned into the forthcoming report I’ve Been There: A Study of Torture and Inhumane Treatment in Al-Moscobiyeh Interrogation Center.

For generations of Palestinians, the Russian Compound has represented the most severe interrogation facility in all of the occupied territory. It has been the place of intentionally inflicted suffering for hundreds of prisoners. Its location in the heart of Jerusalem, next to the Old City, is something of a metaphor for the whole apparatus of the occupation. The domination is hidden in plain sight.

The Russian Compound was built by the Imperial Orthodox Palestine Society in 1864, sponsored by the Caesar of Russia, to cater for Russian pilgrims to the Holy Land.

In 1917, the British took the compound and turned a number of buildings into the police headquarters and an interrogation facility. The facility has been continuously used for such purposes until this day.

The Convention against Torture and Other Cruel, Inhuman or Degrading Treatment or Punishment defined the term "torture" to mean:

any act by which severe pain or suffering, whether physical or mental, is intentionally inflicted on a person for such purposes as obtaining from him or a third person information or a confession, punishing him for an act he or a third person has committed or is suspected of having committed, or intimidating or coercing him or a third person, or for any reason based on discrimination of any kind, when such pain or suffering is inflicted by or at the instigation of or with the consent or acquiescence of a public official or other person acting in an official capacity.

This is the definition which was applied throughout the research, and is the foundation for Addameer’s assertion that the occupation routinely engages in the practice of torture.

Despite the Orwellian double talk around the issue, torture is a widespread and common phenomena in Palestine. The veil of apparent ‘civility’, which the occupiers seek to hide behind, hides a systematic attempt at dominating an indigenous people.

The Israeli security forces continue to use the violation of the rights to physical safety and inherent dignity as a means to pressure Palestinians to submit totally to the occupation. This activity utilizes the legal cover provided by the Israeli Supreme Court decision in 1999.

In this case, the Court recognized that the Israeli Security Agency, commonly known as Shin Bet or Shabak, did in fact commonly practice torture, and ruled that it could no longer use “moderate physical pressure” on suspects under interrogation. However, it allowed the use of torture and physical pressure in the case of a “ticking bomb” scenario, where security officials believe that a suspect is withholding information that could prevent an impending threat to civilian lives as stated in Article 1/34 of the Israeli Penal Code of 1972 . This exception constitutes a grave legal loophole that legitimizes the continuation of torture and cruel treatment by Shabak interrogators against individuals suspected of withholding information on “militant operations”, and provides interrogators with legal impunity for their actions.

This ruling was further developed by the case of Abu Gosh Vs. the Attorney General. In September of 2007, the Israeli forces arrested As’ad Abu Gosh who was later interrogated by the Shabak. During interrogation, the agents used excessively cruel methods, which amounted to torture, causing Abu Gosh severe physical and psychological ramifications. The methods included: beating, slamming against the wall, forcing him into a stress position where he was squatting while bending the tips of his toes, as well as the banana stress position, which includes shackling the hands and feet behind the back and stretching his body into a banana shape. Abu Gosh also suffered from forceful bending of limbs, sleep deprivation, and severe psychological stress by threatening to bomb his house and harm his family if he did not confess or cooperate with the interrogators.

In December 2017, the High Court found that this did not amount to torture, and was in keeping with the ruling of 1999. Such a decision provides distinct guidelines on what techniques are allowed by Israeli law as well as enshrining the right of the occupation security services to torture.

By conducting interviews with those who had been, or currently were being, held inside Al Moscobiyeh, Addameer was able to get a clear picture of what goes on inside of this facility.

The sheer majority of individuals held there were arrested during the early hours of the morning (58%), and from their homes (75%). The majority were arrested by soldiers (67.5%), with the remainder being arrested by a mix of special forces, intelligence officers, and presenting themselves at police stations. A large portion (77.5%) of these individuals were arrested without warrants, and 88.5% were unaware of the location that they would be taken to.

The average person is thus taken from their homes, with no warrant against them and no idea of their fate.

The released prisoner A.Z., 18 years old, stated that during his arrest Israeli soldiers hit him twice on the head with their M-16 automatic weapons, which resulted in him losing consciousness for a short period of time during arrest.

Once and individual arrives to the facility, there are 8 distinct forms of torture that they may endure. These include:

The most commonly used of these techniques involves the individual being placed in solitary confinement (83.5%), being verbally threatened, screamed at, and cursed at (95.9%), and being threatened with administrative detention (70.9%).

In addition to these techniques, 58% of those surveyed reported being held in stress positions. Prisoner M.B., 18 years old, is one such case. Throughout his time in Al Moscabiyeh, he was held for 8 hours a day, in a stress position for 18 days.

Close to a third of prisoners (30.8%) reported being beaten while being held in al Moscabiyeh. Prisoner T.D., 22, said that during one interrogation session, a heavily built interrogator put his hands together and hit T.D. on the head, which knocked him unconscious; the interrogator took pictures of him while lying on the floor. Despite the pain, T.D. was interrogated for seven more days, during which his hands and feet were bound and wasn’t allowed to use the bathroom.

In regards to sleep deprivation, the technique remains common with 59.5% of individuals reporting that they were subjected to it. Such deprivation is achieved through extended interrogation sessions, subjecting detainees to screams from neighboring cells, and continuous knocking on the cell doors to prevent them from falling asleep, especially in the early stages of interrogation. All of these tactics result in severe psychological and physical damages.

Detainee E.D., 23 years old, suffered extensive sleep deprivation and was held in a stress position for a prolonged period of time. His hands were bound with in metal handcuffs, which were shackled underneath to the back of the chair. His interrogation sessions were excessively long, with one particular session lasting up to 50 consecutive hours.

It must be noted that even the Israeli High Court recognizes some of the above techniques to constitute torture, in the sense that they are banned except in “ticking bomb” cases.

One particularly acute example of these is the shaking technique. This technique is considered one of the most dangerous torture methods utilized currently by the occupation. Over one fifth (21.5%) of individuals reported being subjected to it.

When individuals are not in interrogation sessions, they are returned to a 2 by 2 meter cell, which has a thin mattress, a hole in ground for a toilet, and a tap. The walls of the cell are covered in a material which makes them painful to rest against. Usually, the cells have an air conditioner, which is set to either too cold or too hot, dependant on the season.

Female and Child prisoners at Al-Moscobiyeh

On top of the “usual” torture and intimidation methods that are used on everyone, female prisoners are also subjected to gendered interrogation. In this regard, interrogators often use children as a pressure mechanism on female prisoners who are mothers. Additionally, sexual harassment is common, whether it be verbal or physical. These prisoners are also often denied access to shower and basic hygiene products, as well as changing clothes. Even when the facilities themselves are provided, prisoners are to shower in areas with cameras.Due to this lack of privacy, many women refuse.

Children are no exception when it comes to mistreatment and intimidation. They are arrested or kidnapped in the early hours of the morning, and are subsequently mistreated, threatened,  and beaten up on their way to the interrogation center. 47.8% of the children in this report sample reported that they were beaten during their arrest. 45.5% reported that they experienced shabeh, a form of positional torture, during interrogation and 40.9% were threatened with the potentially injuring of their families if they did not cooperate.

The primary conclusion that the above research and indicators provide is that mistreatment, and coercion, amounting to torture, are commonplace and systematic within the occupation’s interrogation systems. These are not ‘rogue agents’, but are rather individuals working in positions of power in service of the occupying authority against an indigenous population.

As a result of torture’s status in international law, the international community has a distinct responsibility to take action to sanction the perpetrating entity. As dictated in the latest commentary on the 1st Geneva Convention, such action can include condemnation all the way up to economic sanction. Since these sort of activities have been ongoing for the past 70 years, we at Addameer urgently call on the international community to begin sanctioning the occupier for its crimes against the Palestinian people, first and foremost, and international norms. 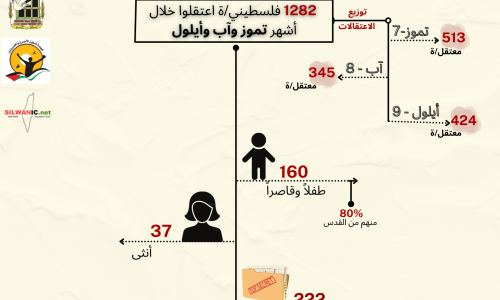