Israeli military orders relevant to the arrest, detention and prosecution of Palestinians

Military Order 101 – “Order Regarding Prohibition of Incitement and Hostile Propaganda”

Military Order 101 was issued in August 1967, only two months after the beginning of Israel’s occupation of the Palestinian territory. This order criminalizes civic activities including: organizing and participating in protests; taking part in assemblies or vigils; waving flags and other political symbols; printing and distributing political material. In addition, the order deems any acts of influencing public opinion as prohibited “political incitement”. Under the heading “support to a hostile organization”, the order further prohibits any activity that demonstrates sympathy for an organization deemed illegal under military orders, be it chanting slogans or waving a flag or other political symbols.
In particular, Military Order 101 establishes that any assembly of political character or which could be “interpreted as political”, whether it is held in the public or private sphere, requires a permit. Under the Order’s provisions, an assembly is defined as a gathering of 10 people or more.
The Order further provides that the military commander may order the closure of an area where such an outlawed gathering is taking place. As a consequence, anyone who enters the area despite the military closure is considered to have violated the order. Military Order 101 also establishes a basis for censorship in the occupied West Bank by forbidding any individual to “print or publicize in the region any publication of notice, poster, photo, pamphlet or other document containing material having a political significance”, except in cases where the military commander has granted a permit.
Military Order 101, which is still in force in the occupied West Bank and often provides the basis for the arrest of human rights and political activists, has been further amended by Order 718 (22 July 1977), Order 938 (5 October 1981), Order 1079 (14 October 1983) and Order 1423 (26 January 1995).

Military Order 1644 issued on 29 July 2009, established a first-instance military court for Palestinian children who had been tried before the same courts as adults since the beginning of the Israeli occupation of Palestinian territory. The juvenile court was inaugurated on 1 November 2009. While the order is noteworthy as the first step towards enacting a child specific jurisdiction, it did little to guarantee child protection during arrest and interrogation. Palestinian children arrested by the Israeli forces continue to be interrogated without the presence of a lawyer or parent, and without the video recording of the sessions. While the UN Convention on the Rights of the Child defines a “child” as “every human being below the age of eighteen years”, according to Israeli military order 132, Palestinian children age 16 and older were previously tried and sentenced by Israeli military courts, as adults. By comparison, juvenile legislation defines Israeli children as age 18 or younger. On 27 September 2011, the OC Central Command signed an amendment to raise the age of Palestinian minors in the military court system from 16 to 18 years. However, the amendment still does not provide additional protections to Palestinian minors in practice. Moreover, Palestinian children continue to be charged according to their age at the time of sentencing, instead of their age at the time of the alleged offense, as provided by international law. This practice enables them to be sentenced as an adult for an offense they may have committed as a child if they are unfortunate enough to be charged years after an alleged offense, or simply if they turn 16 while awaiting sentencing. Lastly, the order calls for the juvenile court sessions to be only “as separate as possible” from regular court sessions and allows the new courts to demand a Civil Administration welfare report on the defendant and his or her family, “if the court believes this necessary to determine the minor’s verdict”, leaving room for abuse.

On 13 April 2010, Israeli Military Order 1650 came into effect, broadening the definition of who could be considered an “infiltrator” under the military orders governing the oPt. The wording of the order, which for the first time established a requirement for all present in the oPt to have an Israeli-issued permit to be there, places a new threat on all individuals present in the West Bank, particularly Palestinians from Gaza who entered the West Bank under “Safe Passage” or who traveled to the West Bank under individual entry or “stay” permits and remained in the West Bank, and Palestinians who were born in the West Bank but have a registered address in Gaza. To date, it is unclear whether Military Order 1650 has been used as the legal basis to conduct a deportation or forcible transfer, but, according to Israeli human rights organization Hamoked, nearly 35,000 individuals are estimated to be at high risk under this order of forcible transfer to Gaza.
Military Order 1650 substantially amended Military Order 329, which was issued in 1969 and related to the sentencing of armed and unarmed “infiltrators”, defined as “a person who entered the Area knowingly and unlawfully after having been present (on) the east bank of the Jordan, Syria, Egypt or Lebanon following the effective date”. The main purpose of the order was to prevent Palestinian refugees from returning to their homes, as well as Palestinian armed groups from entering the territory.

On 1 May 2010, Military Order 1651 (2009) came into effect, codifying a number of previously issued orders into what is now called the Criminal Code. The new Criminal Code forms a consolidated version of many orders issued since 1967 and related to the arrest, detention and prosecution of an individual. Accordingly, it replaced a total of 20 military orders issued between 1967 and 2005, including Military Order 378, which established the creation of Israeli military courts in occupied territory, provides the basis for arrest and detention by the Israeli army and defines charges under military law. It also replaced Military Order 132 on “judging juvenile delinquents”, which sets the age of majority for Palestinians at 16 and divides Palestinian children into three different categories – those under 12 are considered children, those between 12 and 14 are considered “youth” and those between 14 and 16 are defined as “young adults”.
Importantly, article 285 of Military Order 1651 has replaced Military Order 1591, which had formed the basis for administrative detention orders and gave the Israeli military commanders the authority to detain Palestinians without charge or trial for up to six months. As of 1 May 2010, administration detention orders are now issued on the basis of Military Order 1651 (2009), article 285, which empowers military commanders to detain an individual for up to six month renewable periods if they have “reasonable grounds to presume that the security of the area or public security require the detention.” On or just before the expiry date, the detention order is frequently renewed. This process can be continued indefinitely. 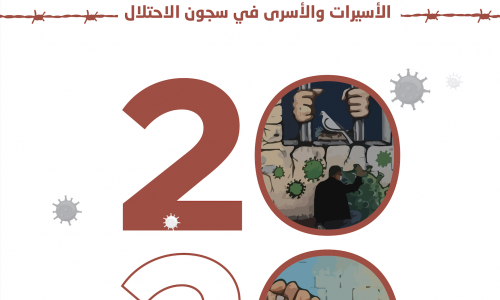