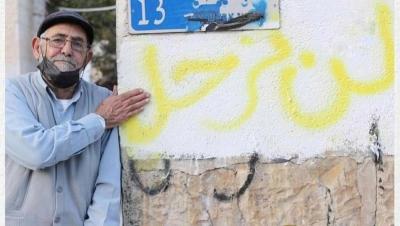 On 10 March 2021, the Palestinian Human Rights Organization Council, compromising of 11 Palestinian human rights organisations, the Civic Coalition for Palestinian Rights in Jerusalem, the Community Action Center (Al-Quds University), and Cairo Institute for Human Rights Studies sent a joint urgent appeal to the United Nations (UN) Special Procedures on forced evictions in East Jerusalem. Addressing six UN Special Rapporteurs, including the Special Rapporteur on the situation of human rights in the Palestinian territory occupied since 1967, the organisations highlight forced evictions as part of Israel’s coercive environment in East Jerusalem, through which it maintains its institutionalised regime of racial domination and oppression over the Palestinian people.

The appeal highlights how 15 Jerusalemite families totalling 37 households of around 195 Palestinians, residing in Karm Al-Ja’ouni area in Sheikh Jarrah neighbourhood and Batn Al-Hawa neighbourhood in Silwan, are currently at imminent risk of forced eviction. Unlawfully applying Israeli domestic law to occupied territory, Israeli courts have ruled in favour of lawsuits undertaken by settler organisations to evict the 15 Palestinian families.

Acknowledging that most of the families living in Karm Al-Ja’ouni area and Batn Al-Hawa neighbourhood are refugees, the joint appeal outlines how Israel has ensured the maintenance of its apartheid regime over the Palestinian people through its policies and practices, such as the strategic fragmentation of the Palestinian people, including by denying Palestinian refugees and other persons displaced their inalienable right to return, and the appropriation of their homes, lands and property, coupled with the creation of a coercive environment designed to drive the ongoing transfer of Palestinians particularly in East Jerusalem.

Not only has Israel unlawfully extended its domestic civil legal system to occupied East Jerusalem, but it further proceeded to enact more discriminatory laws and policies that ensure the expansion of Israeli-Jewish presence in the city. In 1970, Israel enacted the Legal and Administrative Matters Law, which exclusively allows Israeli Jews to pursue claims to land and property ownership allegedly owned by Jews in East Jerusalem before the establishment of the State of Israel in 1948. The appeal outlines how the 1970 discriminatory Law has facilitated the eviction orders by Israeli courts in favour of the settler organisations Nahalat Shimon International and Ataret Cohanim in Karm Al-Ja’ouni in Sheikh Jarrah and in Batn Al-Hawa in Silwan, respectively.

At a time when people around the world are trying to survive the global pandemic, Palestinians in East Jerusalem continue to endure an ongoing Nakba, as they continue to be denied their inalienable right of return to their homes, properties, and lands, and to be under threat of further displacement and dispossession. They undergo a lengthy, exhausting, and unaffordable legal struggle to challenge the eviction lawsuits filed against them by settler organisations before Israeli courts. Given the discriminatory and untransparent nature of the Israeli legal system, they are effectively denied access to the rule of law. Many Palestinians have already been forcibly evicted under the same background.

The organisations stress that as the global pandemic continues, the Israeli apartheid regime intensifies its forcible transfer measures and policies in East Jerusalem. The institutionalised impunity enjoyed by Israel sustains the continuation of the gross violations perpetrated against the Palestinian people as a whole including the ongoing Nakba. As such, the appeal urges the mandate holders to: