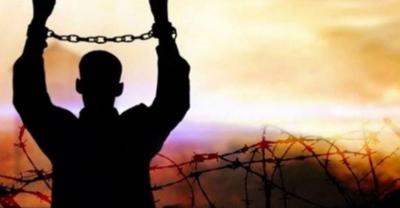 Palestinians mark International Human Rights Day following a year of nonstop violence and widespread human rights violations by Israeli Occupation Forces (IOF), against the Palestinian population used, as a form of collective punishment and a method of control of Palestinian society. These consistent and systematic policies by the occupation include, extrajudicial executions and issuance of discriminatory legislations, mass arrests campaigns, torture, administrative detention, and medical negligence against Palestinian political prisoners.

Under Article 3 and Article 9 of the Universal Declaration of Human Rights, all human beings have the right to liberty and the right not to be subjected to arbitrary arrest and detention. Palestinians, however, have suffered from a widespread policy of arrests and use of arbitrary detention by the Israeli occupation forces (IOF) for decades.

In 2019, the IOF continued its policy of arbitrary detention of Palestinians. By the end of November 2019, the Israeli occupation forces (IOF) arrested around (5190) Palestinians. The month of November 2019 ended with around (5000) prisoners including (185) children, (38) women, (8) PLC members. Additionally, there are 460 administrative detainees, and around (700) prisoners with health issues needing urgent medical attention. There are also (26) long-term prisoners who were arrested before the signing of the Oslo Accords in 1993; including  the two longest serving prisoners, Karim and Maher Younis, who were arrested in 1983.

The IOF detain Palestinians without charges or undergoing fair trial. This prevents the detainee and his/her lawyer from knowing the reasons for detention, and prevents building an effective and strong defense. The administrative detention order can be renewed indefinitely, causing indefinite detention. It is issued through the executive not the judiciary authority, which violates the principle of a fair trial. The systematic, widespread, arbitrary, and indefinite use of administrative detention by the Israeli occupying state, without guaranteeing the basic standards of a fair trial, is a form of psychological torture, a violation of international humanitarian law, and a war crime.

The number of administrative detainees in Israeli prisons, at the end of November 2019 reached around (460) detainees, including (5) PLC  members, two female prisoners and two children.

Under International Human Rights Law, children must be afforded special protection and their best interest should always be a primary consideration. The Convention on the Rights of the Child, which was ratified by Israel in 1991, prohibits the arbitrary detention of children and stipulates that the detention and imprisonment of children should only be used as a measure of last resort and for the shortest appropriate period of time. Palestinian children, however, are regularly subjected to arrests and detention by Israeli occupation. Children often undergo ill-treatment at the hands of IOF forces and are subject to a wide array of violations. Arrests usually take place in night raids and are often physically and verbally abused during arrest, transfer and detention.

As of November 2019, the number of Palestinian children in Israeli occupation prisons, is 185 children, including (2) held under administrative detention.

Despite the absolute and non-derogable prohibition against torture, enshrined under article (2) of the International Convention against Torture and ratified by Israel on 3 October 1991, Israeli torture against Palestinian detainees is systematic and widespread. Affidavits and documented cases gathered by various human rights organizations in the occupied Palestinian territories, including Addameer Prisoner Support and Human Rights Association, have shown that the Israeli occupation authorities use torture as a first measure for extracting statements from Palestinian detainees, in violation of their rights to bodily integrity, physical safety, and basic dignity.

Torture and ill treatment has continued throughout 2019 Addameer has documented an escalation of the use of violence and excessive force against Palestinians during arrest and detention. Several Palestinian were arrested after being shot by IOF forces in the aftermath of alleged attacks. Many of those who were arrested after being shot were subjected to field interrogations while bleedings, interrogations during treatment in hospitals while chained to bed as well as being subjected to harsh interrogations shortly after release from hospitals. Torture methods include, traditional physical violence, such as, harsh beatings, sleep deprivation, stress positions such as (the banana and frog positions),[1] deprivation of food and water, physiological torture, such as threats against family members, threats of sexual violence, and threats of administrative detention without charge or trial.

Addameer is particularly alarmed at the case of Samer Arbeed, who was arrested on 25 September 2019.  Samer was tortured nearly to the point of death, and was transferred to the hospital on 27 September 2019, following 2 days in interrogation at Al-Mascobiyya Interrogation Center, due to life-threatening injuries.

In 2019, the (IOF) continued its  crackdown and repression of human rights defenders. Currently, Addameer faces gag orders against around (40) of the cases they represent, who are in interrogation. The gag order prohibits us from releasing any information to the public regarding their detention status, or face grave consequences.

In the early hours of 19 September 2019, the Addameer office in Ramallah were raided, and essential equipment, including laptops, memory cards, books and publications were stolen by the (IOF), and have yet to be returned. Indeed, civil society organizations and their staff are targeted for doing the work of upholding and being vocal about human rights violations. Several of Addameer’s staff have travel bans that prevent them from traveling outside of Palestine. Moreover, Addameer’s legal coordinator Ayman Nasser has been under administrative detention since September 2018 without charge or trial. His administrative detention order has been renewed for three times after the end of his first detention order.

On the International Human Rights Day, Addameer calls for an end to ongoing violations by Israeli occupation forces in the form of mass arrest campaigns, rapidly increasing use of administrative detention, continued denial of fair trial, and illegal torture and ill-treatment of Palestinian detainees. Addameer calls on members of the international community, particularly UN Member States and UN bodies and agencies, to hold Israel accountable for its ongoing violations against the Palestinian occupied population.

Addameer believes Israeli mass incarceration of Palestinians is an inextricable part of the ongoing violence of occupation.  Tearing at the fabric of Palestinian society, recent arrest campaigns seek to quash Palestinian ability to endure in their struggles against the occupation. It is important that on this day, we all stand united to call for an end to Israeli violations of Palestinian rights and an end to the Israeli occupation.  As Israel acts with ever growing contempt for international law and the will of the international community, action is now needed more than ever.