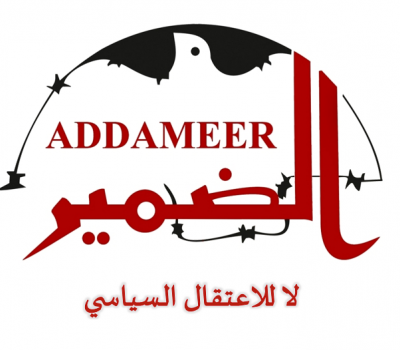 London and Ramallah, 04 June 2020 - Lawyers for Palestinian Human Rights (LPHR) and Addameer Prisoner Support and Human Rights Association (Addameer) can report that Shatha Hasan, a 22 year old Palestinian female undergraduate student at Birzeit University in the occupied West Bank, was released from Israeli military administrative detention on Thursday 21 May 2020 after being arrested from her home in the middle of the night on 12 December 2019.

LPHR and Addameer submitted a joint complaint to the UN Working Group on Arbitrary Detention because of our concern at Ms Hasan's young age, and therefore, particular vulnerability, at being detained on secret evidence for nearly six months without charge or trial. Her family, particularly her parents and sister, were extremely concerned about Ms Hasan’s well-being owing to the likely effect a harsh prison setting will have on a young female who has never lived away from home.

Ms Hasan is in the fourth year of her undergraduate studies and lives with her parents at her family home along with her siblings. She is the head of Birzeit University’s Student Union’s Council and is therefore a visible individual at the educational institute. She had not had any previous engagement with the law and this was her first experience with the Israeli military forces, courts and prisons.

Ms Hasan’s home was raided by Israeli military forces on 12 December 2019 at approximately 2am. She was arrested and transported to Ofer Prison, then to Hasharon Prison and finally to Damon Prison – the latter two facilities being inside the state of Israel. The transfer of a protected person outside of occupied territory for the purpose of detention constitutes a clearly apparent breach of the Fourth Geneva Convention.

Whilst at Ofer Prison, Ms Hasan was taken to an investigation room and was questioned by officers in relation to her student activity for approximately two hours. After this she was transferred to Hasharon Prison inside Israel, on an unknown date. Whilst at Hasharon Prison, Ms Hasan was subjected to poor detention conditions. Notably, the toilet flooded her cell ‘constantly’. Further, Ms Hasan was placed in a cell next to criminal prisoners and has reported the noise from the prison to be distressing and upsetting.

On 15 December 2019, Ms Hasan attended a military court hearing where the assigned judge stated that her university activities, extending to and including her membership with Birzeit University’s Islamic Society, had financial ties with Hamas. The judge emphasised an Israeli High Court decision (6404/08) which determines “there is no difference, or division between military and organizational activities.” On this basis, the military judge extended Ms Hasan’s detention period for 72 days for the express purpose of issuing an administrative detention order against her, without Ms Hasan's lawyer having sight of and the opportunity to test the secret evidence being used as a basis for her administrative detention.

Ms Hasan’s military detention order was renewed on 4 March 2020 by the Israeli military commander of the West Bank for a further three months, to end on 10 June 2020. The military judge upheld renewal of the administrative detention order without Ms Hasan’s lawyer being able to address the secret information nor defend Ms Hasan fully. The military judge did however state that Ms Hasan’s detention may end on 21 May 2020 to coincide with Eid, in the absence of further secret information.

LPHR and Addameer submit that Ms Hasan has been targeted for being a Palestinian, and active in lawful and peaceful organisations at Birzeit University, including those of a political and religious nature, which are protected by basic rights and freedoms guaranteed under international human rights law. Ms Hasan has clearly been subject to racial discrimination by the Israeli occupying forces as a Palestinian and equally, deprived of legal protection on the same basis. Her student activities run in parallel with her tertiary-education studies and are only targeted as a result of an Israeli High Court ruling which allow for state actions clearly in breach of international human rights law.

The use of military orders to arrest and detain a civilian and the reliance on secret information rendering Ms Hasan’s lawyer unable to adequately defend Ms Hasan amount to a non-observance of basic and fundamental international due process norms relating to the right of a fair trial. These breaches are of sufficient gravity so as to have rendered Ms Hasan’s military administrative detention as wholly arbitrary.

LPHR and Addameer submit that it is an extremely serious concern that Ms Hasan has been illegitimately targeted and unlawfully detained by Israeli military authorities, without charge or trial, as an apparent result of her peaceful and lawful student activity as a student council leader at Birzeit University. Ms Hasan's administrative detention can intimidate other students from exercising their fundamental civil and political rights for fear of similar punitive sanctions. It is relevant to note the wider context that Israeli forces have detained 74 Birzeit University students from September 2019 to January 2020, according to a public statement released by Birzeit University on 23 January 2020.

Due process inadmissibility of using military courts for detained civilians

It must finally be noted that Ms Hasan was continuously subject to military orders, thus depriving her of international human rights law provisions which are guaranteed to her as a civilian. As a civilian, Ms Hasan’s matter and the accusations of criminal conduct made against her should be processed through an independent and impartial tribunal appropriate for civilians, in accordance with Principle No. 5 of the sixty-second session of the United Nations Commission on Human Rights in 2006 which states: “Military courts should, in principle, have no jurisdiction to try civilians. In all circumstances, the State shall ensure that civilians accused of a criminal offence of any nature are tried by civilian courts.”

This principle was expressly applied by the UN Working Group on Arbitrary Detention in its Opinion No.15 2016, dated 3 June 2016, that found the deprivation of liberty of Ms Khalida Jarrar by Israeli military authorities to constitute an unlawful arbitrary detention. LPHR and Addameer notes with deep concern that Israel’s approach to Ms Hasan, despite the UN Working Group on Arbitrary Detention’s Opinion, is similar to Ms Jarrar’s. This further illustrates that Israel's military authorities treatment of Palestinian civilians is in systematic and wilful breach of basic protections under international human rights law.

LPHR and Addameer has requested that the UN Working Group on Arbitrary Detention calls for the ending of the use of administrative detention without charge or trial against Palestinians by Israeli authorities; and for the ending of Israeli military courts jurisdiction over Palestinian civilians. We urge for these calls to be reiterated by the international community.

LPHR and Addameer will continue to monitor and work on protecting Palestinians university students from ongoing illegitimate targeting, harassment, humiliation and punishment which appears to be widespread, systematic and in clear violation of basic international human rights law protections.

LPHR is a lawyer-based legal charity in the United Kingdom that works on legal projects aimed at protecting and promoting the human rights of Palestinians.

Addameer is a Palestinian non-governmental, civil institution that works to support Palestinian political prisoners held in Israeli and Palestinian prisons.