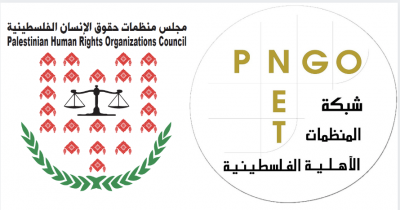 Earlier this month, Salah Hammouri, a 35-year-old Palestinian-French human rights defender who works as a lawyer with Addameer Prisoner Support and Human Rights Association, was officially notified of the Israeli Minister of Interior’s intention to revoke his permanent Jerusalem residency for so-called ‘breach of allegiance’ to the State of Israel. Giving him 30 days to challenge this imminent threat, Salah’s written submission should be later examined in order to issue a final decision on his residency status. This decision, while arbitrary, punitive and unlawful in nature, further entails violations of basic human rights, including right to movement, freedom of expression, including the right to voice opposition to Israeli policies and practices, and right to family life. Critically, this attack on Salah is not a single incident but rather a continuation of an array of attackson Salah and his family, including banning him from accessing the West Bank for almost 16 months, and deporting his wife, Elsa Lefort, a French national, and separating Salah from his wife and son.

Alarmingly, this attack further constitutes a continuation of Israel’s policy to silence human rights defenders. Since the start of its prolonged occupation of the West Bank, including East Jerusalem, and the Gaza Strip; in what constitutes the Occupied Palestinian Territory (OPT), Israel has been maintaining a policy of silencingthose who seek Palestinian justice and accountability as a tool to further restrain the already shrinkingspace for civil society organisations.While Israel’s systematic campaign against human rights defenders targetcivil society organisations and their work, it also attacks individual human rights defenders. Having endured death threats,arbitrary arrests, travel bans, residency revocation, and deportation, as well as other intimidating tactics that aim to oppress, dominate and delegitimise them, the safety and rights of Palestinian human rights defenders are violated, at a time where Israel’s impunity lingers.

Based on the Entry into Israel Law, which exemplifies one of Israel’s discriminatory laws and policies to diminish the presence of the Palestinian population in East Jerusalem, the Israeli Minister of Interior is granted the authority to revoke the Israeli residency status based on ‘breach of allegiance’ to the State of Israel. Stipulated by international humanitarian law, specifically Article 45 of the Hague Regulations and Article 68(3) of the Fourth Geneva Convention, the protected population in occupied territory does not have a duty of allegiance to the Occupying Power.

Not intimated, Salah stated: “we experience Israel’s apartheid regime on a daily basis, and that will continue to be the case as long as Israel enjoys its culture of impunity. I am, however,committed to continue my work in the pursuit of justice through international legal mechanisms. Attacks and attempts of intimidation will not silence me nor will it silence the truth.”

In light of the above, PHROC, PNGO and Community Action Center- Al-Quds University strongly condemn call for urgent action against the Israeli Minister of Interior’s intention against Salah Hammouri. We further call on the international community and the High Contracting Parties to:

i.      Call on the Israeli Government to halt legal proceedings for the revocation of Salah Hammouri’s residency status, whether on the basis of ‘breach of allegiance’ or on any other ground, which, if carried out, will result in violations of his rights to freedom of movement and residence, freedom of expression, and freedom of association, and would contribute to Israel’s commission of the serious crime of population transfer under international law;

ii.    Call on Israel to immediately repeal its racist Entry into Israel Law, which has been used to systematically violate the right of Palestinians, including human rights defenders, to freedom of movement and residence, including the right to leave their country and to return;

iii.  Fulfil their legal obligations under Article 146 of the Fourth Geneva Convention to prosecute those responsible for grave breaches of the Convention; and

iv.   Call for international justice and accountability, including at the International Criminal Court, for the widespread and systematic human rights violations, and alleged international crimes, including the crime against humanity of apartheid, committed against the Palestinian people.

Submitted and signed by: