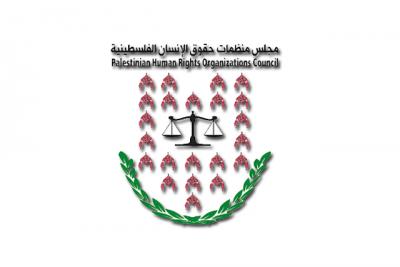 The Palestinian Human Rights Organization Council holds the Israeli occupation authorities fully responsible for the death of Nasser Taqatqa, 31, who died while being held in Nitzan prison on 16 July 2019.

According to the preliminary information available to our organizations, Taqtaqa was arrested from his home in Beit Fajjar on 19 June 2019, a month before his death. He was taken to Al-Moscobiyeh interrogation center in Jerusalem, where he spent the majority of his detention. He was later transferred to Al-Jalameh interrogation center, and then, to Nitzan prison.

The circumstances under which Taqatqa died remain unclear as neither we nor his family have been communicated with or given access to his dead body. He had also been banned from meeting a lawyer for the most part of his detention. For the majority of his time in detention, he was kept at Moscobiyyeh, an interrogation center known for its brutal use of torture. He was  also held in isolation. Thus, under such circumstances, there is serious concern that he was tortured and exposed to ill and/or degrading treatment while he was in detention.

Since the beginning of 2018 three Palestinian prisoners have died in detention. Their bodies are still being held by the Israeli occupation authorities until this day. Aziz Awisat,53, died on 9 May 2018 from organ failure after experiencing medical neglect while in detention. Faris Baroud,51,died on 6 February 2019 after 17 years in isolation during which a lack in adequate medical care was observed. Such neglect represents a violation of article 91 of the Fourth Geneva Convention, which requires the provision of adequate medical treatment for prisoners and the transfer of sick prisoners, who require special medical care, to hospitals where they should be treated in a manner befitting any other citizen.

According to Addameer’s documentation, since 1967, there have been 220 prisoners who have died while under the custody of the occupation. Of them,78 were killed in circumstances amounting to murder; eight were killed by gunshots while in prison; 60 died in circumstances linked to medical negligence; and 73 died as a result of torture. .

Notably, 114 Palestinian prisoners were killed or died since 3 October 1991; the date of Israel’s signature ratification of the Convention against Torture. This figure includes 57 individuals who were killed following arrest, 33 who died due to medical neglect, and 23 who died due to torture while under interrogation.

Torture and ill-treatment continue to be codified in Israeli military and civilian law. Article 1/34 (j)(a) of the Israeli penal code of 1972 allows the use of physical pressure and extreme mechanisms during interrogations in situations that requires what the law qualifies as the “necessity defense”.

In 1999 the Israeli high court allowed those extreme measures in cases of what it qualified as a “ticking bomb” situation, which the court ruled to include threats that are not immediate but necessary to defend against. In 2017, the Israeli high court affirmed the use of torture, qualifying them as “means of pressure,” as a legitimate and reasonable practice to extract confessions under the “necessity defense ” doctrine, as in the High Court Decision 15/5722: As’ad Abu Gosh vs The Attohenry General. This case was the outcome of the first criminal investigation out of 1,100 complaints opened against Israeli intelligence interrogators.

Despite ratifying the United Nations Convention Against Torture in 1991, the occupation authorities have systematically applied torture as a semi-standard practice of punishment and extracting confessions, resulting in severe psychological, physical, and frequently fatal consequences for Palestinian prisoners.

In light of these concerns, PHROC calls on the international community to hold Israel accountable to its responsibilities under the Convention Against Torture, to the Geneva Conventions, and to UN procedures and mechanisms. We also call on international institutions to put pressure on Israel, the occupying Power, to provide an autopsy and to release the body of Mr Taqatqa and all the bodies of prisoners who died under their custody to their families.

In 2016 the Committee Against Torture included in its recommendations that Israel lacks an absolute prohibition of torture in its law. In accordance with the protection of human rights and dignity, it is important that, and the duty of, the international community to show solidarity in rejecting the inhumane policies that allow the lack of the prohibitions against torture to exist in Israeli law and practice. It is a dangerous precedent and a serious threat to human and civil rights everywhere to continue to allow vague security concerns to justify the persistent violation of international human rights law and humanitarian law, and to inflict and legalize torture and ill-treatment in such a widespread, systematic manner without effective accountability.