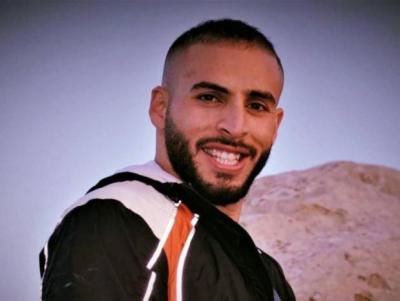 Tariq Abu Matar was first arrested in 2006, when he was only 16 and a half years old. An arbitrary administrative detention order was issued against him and repeatedly extended to hold the Palestinian child for two and a half years. In 2009, Abu Matar was incarcerated for a few days. Again, in 2010, Abu Matar was re-arrested, and an indictment was brought against him over student activity at the university and thus was sentenced 10-month imprisonment. In 2012, Abu Matar was yet again arrested and transferred to Al Moscobiyeh Interrogation Centre and Prison, where he went through an interrogation that lasted for about a month and a half under harsh conditions. Abu Matar was released after the interrogation without any indictment whatsoever. In a similar vein, Abu Matar was arrested in 2017 under an administrative detention order that was renewed several times in an effort to hold him for 17 months at a stretch without a charge or trial.

As he crosses the Israeli military Za’atara checkpoint on his way from Ramallah to Nablus on 2 October 2019, Abu Matar was arrested for the sixth time. The Israeli Occupation Forces (IOF) held Abu Matar, handcuffed, at the checkpoint for two hours before he was transferred to Huwwara and Kedumim Detention Centres and then to Ofer Detention Centre. The military commander made a six-month administrative unsuspended detention order against him. On 19 November 2019, Abu Matar was misinformed by the Ofer Detention Centre administration that he had to be transferred to Megiddo Prison. Shortly after finding out that he was at the al-Ramleh Prison, he was transferred to Al Moscobiyeh Interrogation Centre where was subject to a 35-day interrogation.

Squatting position is another torture tactic Abu Matar endured. The interrogators used to force him to squat on his tiptoes for long hours, causing him pressure and pain in his legs and feet. Besides, the detainee was subject to the table stress position. He was seated on a stool with his hands cuffed and placed on a higher table behind him. To exacerbate the torture, the interrogators used to pull his hands back-and-upwards, which caused him pain in the shoulders.

At the same time, Abu Matar was subject to beating, spitting, and cursing. He was not permitted to use the bathroom for an extended period. And when he was allowed to, he was moved on a wheelchair, for he could not walk due to the brutal tantalisation inflicted upon him.

Of note, Abu Matar suffers from rheumatism and other back health conditions. Although he informed the doctor at the military Russian compound clinic of his health issues, this did not turn the interrogators from torturing and forcing him into several stress positions and thus causing him further health complications. Abu Matar is still suffering from back and knee pains caused by the torment; nevertheless, he has not received sufficient treatment thus far.

Although the military interrogation was declared closed, Abu Matar was subject to constant interrogation for long hours up to 20 hours per day before another round of interrogation commences. At this round, he was excommunicated from the outside world except for his contact with the interrogators for an hour per day over a few days.

On 15 October 2019, the regional military commander issued an administrative detention order against Abu Matar for a six-month period under the pretext that he poses a threat to the security of the region due to his active participation in the Popular Front for the Liberation of Palestine (PFLP). By the same token, the military judge sustained the order, unsuspended. At the confirmation hearing, the judge stated that the intelligence information was sustained though not disclosable due to their confidentiality. Also, the judge indicated that such information underlines that the detainee had been a PFLP active member and administratively detained several times on the grounds of his activities. Besides, the tribunal noted that the unsuspended administrative detention is the only option to avoid the security threat the detainee poses. Notwithstanding, the Military Court of Appeal overruled the administrative detention order against Abu Matar to be prosecuted on the grounds of the indictment made against him.

After 50 days under administrative detention, Matar was transferred to Al Moscobiyeh. From day one, an order was taken to deny him his right to consult with his lawyer for three days extended seven times, inconsecutively. In total, he was denied his right to legal aid for 21 days. During this period, the lawyer was not able to monitor the torture inflicted upon Abu Matar throughout the interrogation.

The lawyers of Addameer Prisoner Support and Human Rights Association filed a petition to the Israeli High Court against the rules made to deny Abu Matar his right to legal aid. Notwithstanding, the court overruled the petition. Several appeals were also lodged against the detention extension, all of which were even repealed except one whereby the detention period was to be decreased, but a day. At one of the hearings, Abu Matar informed the military judge of the torment he had been subject to and the pain he suffered; still, the judge did not consider it a cogent reason to end the interrogation.

On 2 January 2020, the Israeli Occupation authorities charged Abu Matar on an indictment for, among others, his membership of and lead role in the PFLP, which is banned per military edicts. Currently, Abu Matar is detained at Ofer Detention Centre, marking time for his trial on 8 June 2020.

From an Administrative Detainee to a ‘Ticking Time Bomb’

In principle, all humans are born free, unless a legal reason indicates otherwise. This freedom may be constrained as per the controls stipulated in national laws and international conventions and treaties ratified by the state. Restricted liberty and imprisonment, therefore, are exceptions. For the Israeli occupation authorities, however, the incarceration of Palestinians is the first option without any established legal rationale. Grounding the orders on non-disclosable ‘secret files’ or suspected security risks constitute a violation of article 78 of the Fourth Geneva Convention which states, ‘If the Occupying Power considers it necessary, for imperative reasons of security, to take safety measures concerning protected persons, it may, at the most, subject them to assigned residence or to internment.’ As the article stands, administrative detention would be the last resort on the safety measures list.

In the case of Abu Matar, he was detained as part of a detention campaign the IOF spearheaded against Palestinian activists whereby the detainee was transferred to interrogation and charged on an indictment based on ‘secret files’. Such actions demonstrate the IOF’s attempts to restrict the freedom of the Palestinians under the pretext of ‘secret files’ until more information is gleaned on the detainees to be latter sentenced regardless of the administrative detention they spent. In the case of Abu Matar, nonetheless, he was administratively detained over his activities in the PFLP, the very accusation he was charged on.

The torture inflicted upon Abu Matar constitutes a blatant violation of many international anti-torture conventions and treaties, particularly the Convention against Torture and Other Cruel, Inhuman or Degrading Treatment or Punishment (CAT). It also constitutes a breach of the Israeli High Court Ruling of 1999, which establishes an absolute prohibition of torture. Although the ruling claims that the Israeli law has no tolerance for torture, it leaves the door ajar to the Israeli intelligence service to inflict systematic torment without accountability. Using this gap, the interrogators may claim that they had to use ‘special techniques’ in ‘ticking time bomb’ cases where the detainee is accused of planning an inevitable attack. In such cases, they can be protected by ‘the necessity defence’ in the face of any legal prosecution or criminal responsibility. But, how could an administrative detainee, whose freedom is restricted and held at an Israeli prison and isolated from the outside world, be a ‘ticking time bomb’ plotting to carry out an imminent attack? The crimes of torture committed by Israeli interrogators against Palestinian detainees behind the walls of the interrogation centres to extract confessions under cover of the Israeli High Court necessitate the need for holding Israel as an Occupying Power accountable, especially after ratifying CAT.

The case of Abu Matar is but one of too many that have been lately identified by Addameer where the Israeli occupation authorities administratively detain Palestinians, transfer them to interrogation centres to be mentally and physically tortured, and finally charged.

Travel Ban and Imprisonment: Two Obstacles to a PhD Dream

The travel ban imposed by the Israeli occupation authorities against Abu Matar after his administrative detention in 2017 did not turn his pursuit of education. In 2019, he laid the groundwork to complete the procedures needed to pursue his PhD at the Graduate Institute of International and Development Studies (IHEID) in Geneva, Switzerland. Mid-2019, his application to join the IHEID PhD sociology and anthropology programme was accepted. He immediately embarked on the legal procedures needed to lift the arbitrary travel ban placed against him. By the end of 2019, however, Abu Matar was re-arrested and denied his right to pursue his PhD on an equal footing with his colleagues.