Constitutional legislatures around the world seek to enact specific constitutional laws which regulate the ‘state of emergency’ in response to possible wars, natural disasters, and pandemics. These regulations devise measures that differ from those implemented on a regular basis, granting the executive power authority to constrain public rights and freedoms to achieve the declared purpose of the state of emergency. Consequently, this establishes a broader margin for the executive power to infringe on the fundamental rights of members of the public.

Under the dissolution of the LC, and thus the lack of control over the measures taken during the state of emergency – the executive power acts solely, through its law enforcement arms (i.e. police and security forces), to impose measures restricting public rights. Most notably, the continuous political detention of opposition activists and restrictions of freedom of opinion and expression under the pretext of the state of emergency.

Against the escalating spread of COVID-19, many states opted for measures to minimize the proliferation of the virus. Some, for example, released a number of detainees to avoid expanding the hotbeds of the pandemic at detention centres. However, the Palestinian Authority (PA) continues to detain its opposition activities under a diverse array of pretexts, first and foremost, for exercising their freedom of opinion, expression, and association.

The International Covenant on Civil and Political Rights (ICCPR), which the State of Palestine ratified in 2014, stipulates that ‘In time of public emergency which threatens the life of the nation and the existence of which is officially proclaimed, the States Parties to the present Covenant may take measures derogating from their obligations under the present Covenant to the extent strictly required by the exigencies of the situation.’[i]Such measures to not entail any restrictions on inherentrights protected under the Covenant, such as the right to life. The ICCPR also provides that ‘no one shall be subjected to torture or cruel, inhuman or degrading treatment or punishment’.[ii]Notwithstanding, many Palestinian detainees report that they were subjected to torture and cruel, inhuman or degrading treatment or punishment at the Palestinian Security Forces (PSF) detention centers.

Since the outbreak of the pandemic, ADDAMEER Prisoner Support and Human Rights Association addressed relevant authorities at the Ministry of Justice and Ministry of Interior to release political prisoners at the PSF detention centers under the authorization of the governors. This call also included the people detained on the grounds of political affiliation, expression, or association in an effort to minimize the spread of the pandemic and protect the detainees’ right to health. Nevertheless, sweeps of detention persisted without consideration of the necessities of the situation across Palestine. Since early March, the PSF has arrested around 80 people. Dozens of people were also summoned over posts against the Palestinian Government’s policies. Besides, a journalist and ten university students were incarcerated for exercising their freedom of expression, opinion, and association. 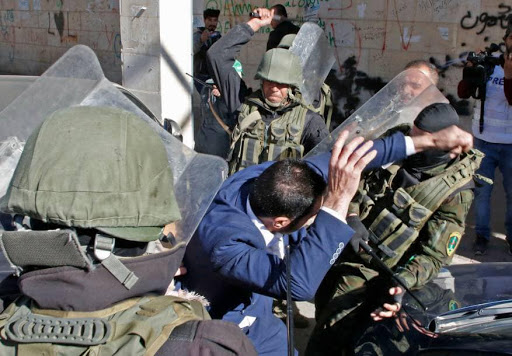 The last detention campaign spearheaded by the PSF amid the COVID-19 pandemic, targeted university students, social volunteers, and activists. The PSF interrogated the detainees over distributing aids to vulnerable low-income families in addition to social media posts.

Student H. Kh. reported to Addameer that he was arrested after the Palestinian Preventive Security (PPS) showed up at his home yet did not find him. Hence they notified his parents that he should appear before the PPS on the following day. The PPS interrogated the detainee on his student activism at university as well as media activities – H. Kh. is a journalism student. After interrogation, the student was charged for incitement of sectarian tensions and was released on bail, pending trial.

A joint PSF squad arrested detainee M. S. at midnight to be interrogated for publishing a post on his Facebook account against the corruption in the PA institutions. The detainee was subjected to screaming, obscenities, threatening, and stress positions. PSF interrogators forced M. S. to stretch his hands up and extend his legs straight in opposite directions to the maximum extent. He was also beaten on his face and head. At the trial, M. S. was accused of weapon possession although he had been interrogated over a Facebook post! The detention of M. S. led his employer to dismiss him under the pretext that he poses a risk and threat. 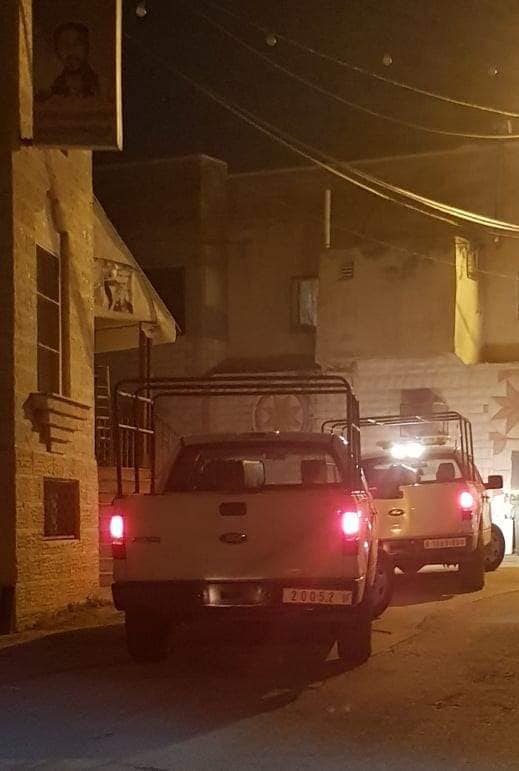 أIn a similar vein, detainee F. Y. reported that he had been arrested from his home at 2:30 before dawn and transferred to a PPS centre. At the facility, F. Y. was interrogated for demonstrating and criticizing the municipal performance in addition to his participation in the ‘Great Dawn’ campaign. During the interrogation, F.Y was threatened, and ordered to end his involvement in the campaign as well as his critique of the municipality. F. Y. was released after two days of being in arbitrary detention.

Under the deteriorating economic situation due to the cessation of the economic wheel after the outbreak of the Coronavirus, and instead of the Palestinian Government and its security services providing aid and assistance to low-income families to ensure a decent life for citizens in pursuit of equality, the government badgers activists for distributing aids.

A. N. reported to Addameer that a PSF squad had exhaustively searched his home for over 30 minutes before arresting him at 2:00 after midnight. The force transferred A. N. to the PPS headquarters in Tulkarm. Under interrogation, the detainee was questioned on the aid packages, which he received from donors and good-doers and distributed to low-income families. After the first hearing, which lasted only for a few minutes, A. N. was transferred to a cell without interrogation for three days at a stretch. His detention was extended for seven days, and a charge sheet was brought against him that included collecting and receiving funds from unlawful associations. However, due to insufficient evidence A. N. was released after ten days of arrest.

F. J., who is the head of a charity registered under the Ministry of Social Development, was incarcerated after he had been summoned to appear at the PPS headquarters. The PPS notified F. J. after stopping a car belonging to the charity as it was distributing aids and rations. The PPS confiscated the aid packages and held the identity cards of the distributors. F. J. was interrogated for collecting and receiving funding from an unlawful association and held for seven days. The PPS pressured the detainee and threatened him to arrest his wife. F. J. was released on bail, provided he appears at the PPS headquarters the following day, which he did. Yet the PPS postponed the interview for the next day, and this delay continued for four days.

The detention of members of the public by the PSF over student activities, community service, volunteering, aid distribution to low-income families, or publishing posts on social media violates the fundamental inherent human rights, which are protected by international conventions the State of Palestine is a party to. By the same token, the ongoing prosecution of the opposition members coupled with made-up charges to cover up the actual grounds of arrest, further violates the freedom of association, expression, and opinion. Such breaches must be stopped, as they constitute a stumbling stone to any settlement of the political schism and unveil the ingenuine accession to international conventions without an executive will to respect and comply with such international instruments.

Balance between the Public System and Basic Individual Rights

The state of emergency as an exceptional situation allows for the restriction of some rights to maintain public order. According to the new conception of rights, the latter should be balanced and proportioned against other principles, unlike the old conception, which regarded rights as self-standing principles. The modern conception allows the restriction of basic rights and freedoms in specific situations to serve the public interest. As for Balancing and proportionality, they refer to the fact that competent authorities must approve emergency measures and enforce them through striking a balance between the right to movement and association and public order and security to protect the rights of the members of the public and ensure public compliance with the approved procedures.

The mutual commitment of the members of the public and the law enforcement bodies during states of emergency warrants holding anyone violating the regulations accountable. In parallel, such an obligation provides fundamental safeguards of human rights in the case of detention and trial. The PSF must, therefore, enforce the law to maintain order and security during emergencies yet refrain from misuse of the de-factosituation to achieve purposes other than the declared purpose of the state of emergency. Acting in the public interest, the authorities must pose no restrictions on any basic rights that do not affect public order and security, including but not limited to aid distribution and freedom of expression and opinion. Having that noted, the detentions carried out on such grounds should be considered illegitimate and arbitrary and are solely aimed at repressing the opposition under the pretext of emergency. Moreover, the international conventions, to which the State of Palestine is party, regard such incarcerations as violations, as they guarantee the freedom of expression, opinion and association and prohibit arbitrary – detention.