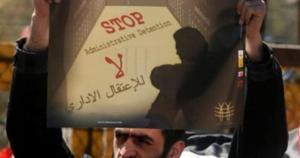 Occupied Ramallah, 17 April 2018 – On the occasion of Palestinian Prisoners Day, Addameer Prisoner Support and Human Rights Association salutes the continued struggle of the over 6,000 Palestinian political prisoners currently being held in Israeli prisons. Every year Israel arrests thousands of Palestinians in an attempt to suppress the will to self-determination and continue its colonization. The result: approximately 800,000 Palestinians arrested since 1967.

As of 1 March 2018 there were 6050 Palestinian political prisoners being held in Israeli prisons. This includes 427 administrative detainees; 356 children; 62 female prisoners; and 7 members of the Palestinian Legislative Council. The situation of the prisoners continues to deteriorate as they face a continued campaign of violations and suppression. Detainees and prisoners, including children and women, continue to suffer from ill-treatment and torture on a systematic basis. These policies have resulted in the death of 72 prisoners from torture since 1967.

On this occasion, we at Addameer reiterate our total support for the ongoing boycott of all court proceedings regarding administrative detention. The commitment of the prisoners and their lawyers has been unwavering since the action began on 15 February 2018.

Their statement asserted that “the core of resisting the policy of administrative detention comes from boycotting the Israeli legal system.” Administrative detainees also stated that “[W]e put our faith and trust in our people, their power and institutions, and in the civil society which will not leave us alone in this fight. This is a national patriotic act that should not be violated by any individual or institution. As such, we call on the Palestinian Authority to make a submission to international criminal court on the issue of administrative detention as soon as possible.”

On 12 April 2018, an individual from the representative committee of administrative detainees informed the lawyers from Addameer that a decision had been made to suspend their escalatory steps. These steps had currently included rejecting medicine and refusing to visit the medical clinics, which began 12 April 2018. Additionally, a planned hunger strike, which was supposed to start on 14 April 2018.

The decision was made after the Israeli Prison Service (IPS) informed the detainees that a meeting will soon be held between the representative committee, representatives of the intelligence services, the army, and the IPS to discuss the policy of administrative detention.

The Representative Committee stressed that, despite the de-escalation, the boycott of court proceedings concerning administrative detention will continue and the planned steps will be undertaken if the meeting fails to materialize.

Addameer reasserts its unwavering support for administrative detainees and their legitimate demands. We believe that Israeli’s systematic and wide-scale implementation of the policy of administrative detention represents a violation of the Fourth Geneva Convention. In addition to being in contravention of article 78, administrative detention is also in violation of article 147 of the same convention, which means that the policy constitutes a war crime and a crime against humanity according to articles 8 and 9 of the Rome Statues.

Addameer calls on all Palestinian human rights organizations to adopt one clear plan with the aim of supporting administrative detainees in their coming steps as to ensure their success. Such support requires national and international solidarity campaigns in order to amplify the voice of the prisoners.  While they may be trapped in cells, we are able to ensure their message is spread far and wide. Additionally, we urge the activation of international accountability measures against the Israeli occupation’s violations of international humanitarian law.