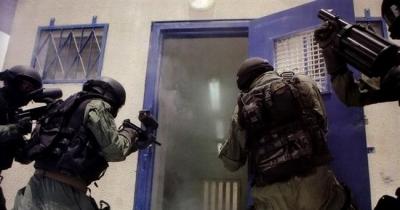 Over the last few days, IPS special unit forces, called the Metzada, have carried out violent raids in the Nafha and Naqab prisons, both located beyond the Green Line. On 30 January 2017, the Metzada raided section 1 of the Nafha prison, attacking the prisoners and destroying their belongings. The attacks escalated on 1 February when an estimated 400 officers entered sections 2 and 12 of the prison, and carried out a mass search raid and attacked prisoners with tear gas. The officers transferred some of the prisoners to other sections within the prison after one prisoner allegedly attempted an attack. These attacks continued on the morning of 2 February after the IPS closed off all sections of the prison.

Palestinian prisoners held in theNafha and Naqabprisons have begun a civil disobedience campaign against the IPS administration to protest against their ill-treatment. In the past, prisoners in the Nafhaprison have demanded putting an end to humiliating searches; returning prisoners to the sections they were held in before raids; and ending the punitive measures imposed on prisoners following these raids, which included isolation, denial of visitation rights, and fines.

PHROC also condemns recent legislation and discriminatory laws, including the force-feeding bill, which allows the IPS to force feed hunger striking prisoners and detainees. Force-feeding may amount to torture which is prohibited under international humanitarian law.

Palestinian prisoners and detainees in Israeli prisons suffer from a multitude of violations of their rights under international humanitarian law and international human rights law.They are routinely subjected to physical and psychological torture and other cruel, degrading and inhuman forms of treatment and punishment.The widespread ill-treatment that has been documented in Israeli prisons amounts to violations of the 1955 United Nations Standard Minimum Rules for the Treatment of Prisoners, the Body of Principles for the Protection of All Persons under Any Form of Detention or Imprisonment adopted in 1988, the Fourth Geneva Convention Relative to the Protection of Civilians in Times of War, and the 1948 International Convention Against Torture, which was ratified by Israel in 1991.

PHROC condemns the continued violations of the rights of Palestinian prisoners and detainees, particularly the right to freedom from degrading, inhumane treatment, and from torture and ill-treatment.