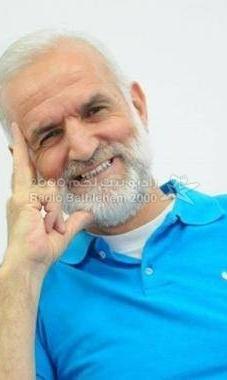 PLC member Mohammad Natsheh was arrested from his home in Hebron on 28 September 2016. About 20 Israeli soldiers raided Mohammad’s house with an intelligence officer who confirmed that they have an arrest warrant, saying “Seven months of freedom are enough. It’s time for you to go back to prison”.

Mohammad was taken to Etzion detention center, which is located near Hebron city. His detention was extended for 72 hours in Ofer military court and a six-month administrative detention order was issued against him.

It should be mentioned that Mohammad was detained several times previously. He spent a total of 20 years in detention, 8 of which he spent under administrative detention. Mohammad’s first arrest was in 1988 and his longest detention was in 2002 where he received an eight-year sentence for allegedly being affiliated with Hamas. In 2006, he ran for the PLC election while in prison and he won. He was released in 2010 only to be arrested again and placed under administrative detention for five years.

Mohammad was subjected to many arbitrary measures before and after becoming a PLC member, such as travel ban for years, which stopped him from continuing his Master’s degree from the University of Jordan.

He was also placed in isolation for four consecutive years from 2004 to 2008 where he was transferred a lot from one isolation section to another depriving him from his basic rights.

Moreover, there are five other PLC members  that are currently detained in Israeli prisons, they are: Marwan Barghouthi who is serving five life sentences, Ahmad Saadat who is serving a 30-year sentence, Hasan Yousef who has been held under administrative detention since October 2015, Mohammad Abu Teir who is still waiting for trial, and Abdul Jaber Fuqahaa who is held under administrative detention.  PLC members have been subjected to arrests and arbitrary measures since the council was formed which is a grave violation to international laws and standards that clearly give parliamentarians political immunity.

The Israeli military commander issued a six-month administrative detention order against Mohammad Natsheh starting from 2/10/2016 and ending on 17/3/2017 claiming that he is affiliated with Hamas that is an illegal organization according to military orders and that Mohammad poses a threat to the security of the area.”

During the order confirmation session on 25/10/2016, the prosecution stated, “Mohammad is an active member in Hamas, which is an illegal organization that supports terrorism.” However, Mohammad’s lawyer denied all of the accusations that are stated in the secret file and confirmed that placing Mohammad under administrative detention based on a secret file for so many years proves that the prosecution keeps failing to provide evidence for all of their accusations.

The judge stated that the information in the secret file is enough to issue an administrative detention order against Mohammad to avoid the danger that the detainee might cause.

It also shows the complicity of the Israeli judicial system with the intelligence without considering the detainee’s life or his family who has suffered from his absence throughout the years since he spent more time in prison than he did with them. Mohammad was never given a fair trial and he was continuously held under a continuous arbitrary detention, which is a form of psychological torture and degrading treatment.

Mohammad’s wife, Mrs. Ahlam Shaarawi, says: “My husband did not have the chance to participate in any family occasion. My children graduated universities and their father couldn’t be there. Our three sons got married in the absence of their father. We had five grandchildren and he wasn’t with us. My children, my husband and I do not have a normal stable life, we did not have normal memories like we should as a family. We did not live a day without the disruption of the occupation forces. For the first time in sixteen years we gathered as a whole family during the Eid 2016.” 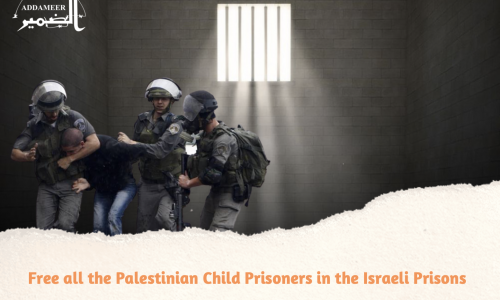