On Thursday June 5, 2008, at around 2 a.m. Salwa Salah (16 and half) was preparing to go to sleep in her home in Bethlehem when the family suddenly heard a loud banging on the door. Salwa’s mother opened the door and was faced with soldiers and the Israeli Security Agency (ISA). The soldiers interrogated Salwa’s mother and questioned her about her husband, son and daughter as well as about troubles in the neighborhood. Then a female soldier told Salwa to get dressed. After finishing interrogating Salwa and her mother, the female soldier handcuffed Salwa, blindfolded her and forcefully took her to the military jeep.

An account from Salwa’s Mother on visiting her daughter in Damon Prison
“Once the security check at Tarqumiya checkpoint ended we proceeded to board an Israeli-plated bus on the Israeli side of the Green Line. This bus was followed and led by an Israeli police escort. It made me feel like I was a criminal. When I saw Salwa, she asked me to bring her basic items such as clothes, pyjamas, underwear, t-shirts and toilet paper. The prison administration, however, only allowed me to bring one towel and a pair of shoes and slippers.

Salwa’s Grandmother holding a picture of Salwa. Source: Chrisian Minelli
My first visit to see Salwa was very emotional and difficult. It was the first time I saw my daughter in prison and I felt so helpless; I knew I couldn’t do anything to help her. I really wished that I was behind that glass barrier instead of her. She was crying and begging me to help her get out and come home. She kept saying that no charges were filed against her and that she was in prison for no reason. She wanted to go back to school and was really upset about missing her classes. She told me she misses her friends and all of us and dreams of being outside. I started crying also but tried not to let Salwa see me. She told me that the conditions in Damon Prison are really harsh. The toilets are inside the rooms, separated only by a wall. The showers though are located outside, beside the recreation area. This makes it really hard for the girls to maintain their privacy. In the beginning of the visit I was very happy and excited to see Salwa. Towards the end however, I felt myself choking up inside because I knew I had to leave my daughter behind in this miserable place. I was so upset that I started to cry. After 30 minutes, the prison guards began shouting at us to leave the building immediately. As if we were animals. The last time I tried to visit Salwa I took my two younger daughters, Samia and Shaima with me. We traveled on the bus for 5 hours until we reached Damon prison. When we got off the bus the prison officer informed me that Salwa was not in the prison but had been taken to the military court that day. He said that she would be there a long time so there was no point in waiting. I went home, exhausted and depressed.

My other children cry themselves to sleep every night because they are so worried about their sister. They still don’t really understand why she is in prison. I feel so helpless because I myself do not know why she is being detained. I don’t know what will happen next time or if she will be transferred to another prison. We are just waiting for news. 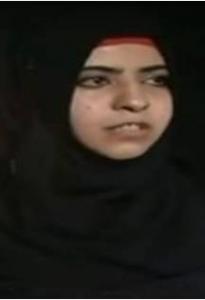 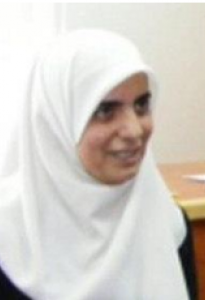