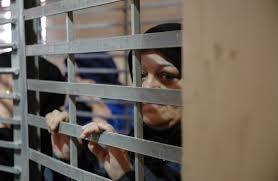 The Occupation Forces continue to deny the Palestinian women prisoners from meeting with their children. All of the Palestinian women prisoners, including the 17 who are mothers, are subjected to various violations since the moment of arrest. Those 17 female prisoners are mothers of around 50 children, who are all prohibited from celebrating this day with their mothers. Those children are also prohibited from contacting their mothers, they are only allowed family visits once or twice a month, and the visit is conducted behind a glass window. Only children who are younger than eight years are allowed physical contact with their mothers, but only in the last ten minutes of the 45 minutes visit.

Mothers, like the rest of female prisoners, are deprived of their right to a fair trial, family visits, and appropriate medical treatment. Additionally, they are subjected to physical and psychological torture, along with inhuman and degrading treatment. Furthermore, they are blindfolded and handcuffed during arrest and transportation and are abused and threatened during interrogation and transportation. They are also subjected to strip-searches, which is used by the Occupation Forces as a punitive measure. These attacks constitute a flagrant violation of international conventions, especially those relating to the protection of women. In addition to this, the occupation forces continue to pursue the policy of collective punishment against the families and mothers of prisoners and martyrs, where mothers are arrested as a means of revenge.

Addameer Prisoners Support and Human Rights Association monitored recent cases of human rights violations against Palestinian mothers. Those violations included the arrest and questioning of mothers after a short period of the arrest of their sons or daughters. More specifically, Addameer monitored some of those cases, where mothers were arrested or brought for questioning to al-Mascobiyya interrogation center in Jerusalem, where their sons or daughters were held, questioned and tortured. For instance, profession Widad Bargouthi was arrested six days after the arrest of her son, Qassam. Israeli occupation forces took her to al-Mascobiyya interrogation center where her son was held. She was threatened and questioned about her son, and interrogators forced Qassam into watching his mother being questioned, though she was not allowed to see him. At that time, Qassam was subjected to several physical and psychological torture methods. As for Sanaa’ Mughamis, she was arrested from her house twelve days after the arrest of her son, Yazan. She was also brought to al-Mascobiyya interrogation center where her son was kept. Interrogator subjected her to three interrogation sessions, in them she was questioned about her son, humiliated, cursed and yelled at. Also, just as Qassam, the interrogators also forced Yazan into watching his mother being interrogated with as means to pressure him.

Furthermore, the Israeli occupation forces also called for questioning a number of Palestinian mothers, they were brought to interrogation centers as means to pressure their sons and daughters. For example, the occupation forces brought Najwa Abu Gush to al-Mascobiyya interrogation center, where her daughter, Mais Abu Gush was held and tortured. Interrogators questioned her mother, Najwa, they threatened her and finally forced Mais into entering the questioning room where both her parents were kept.

As for Ibtesam Ma’rouf, the mother of Israr and Aysar Ma’fouf, she was brought for questioning around 20 days after the arrest of her sons. She in fact, was brought along with her daughters and daughter-in-law, Aysar’s wife. They were brought to al-Mascobiyya interrogation center, where Aysar and Israr were kept and tortured. The interrogators took Ibtesam to one of their interrogation rooms, and questioned her about both of her sons. Just like the rest of the other detainees, Aysar and Israr were forced into watching their mother in the interrogation room.

The Israeli occupation forces has an ongoing policy of collective punishment against Palestinian families. This policy is not a recent policy, as the occupation forces violates the rights of families of prisoners and martyrs constantly in violation of international humanitarian laws which forbids the punishment of any individual for a crime, he/she did not commit. Several international treaties and conventions prohibited collective punishment against protected civilians, such as the Hague Regulations,[1] and the Third and Fourth Geneva Conventions.[2]

The arrest and questioning of Palestinian mothers in this manner is part of the internationally prohibited crime of collected punishment that the Israeli occupation forces commits constantly. Mothers are punished from acts they did not commit, and in addition to this, they are used as means of psychological torture and other ill-treatment methods against their own sons and daughters.

[1] Article (50) of the Hague Regulations stated that “No general penalty, pecuniary or otherwise, can be inflicted on the population on account of the acts of individuals for which it cannot be regarded as collectively responsible.”